Olimpia Maidalchini was  one of the most powerful women  of the 1600s  for as sister–in-law and reputed mistress  of Pope Innocent  X Pamphili, she held the purse strings of  the Vatican, appointed cardinals and negotiated with foreign ambassadors .
Eleanor Herman, author of a fascinating  biography of  Olimpia, "Mistress of  the Vatican,  tells the story her life as  "the secret  female pope".

To escape  the plague  devastating Rome, Olimpia   retired  to  her hilltop town of San Martino (today a suburb of Viterbo)  in 1656 .

There she restructured  the village making  it the first example of  town planning, built the magnificent  abbey church and acted  as benefactor  to dowry less  girls. 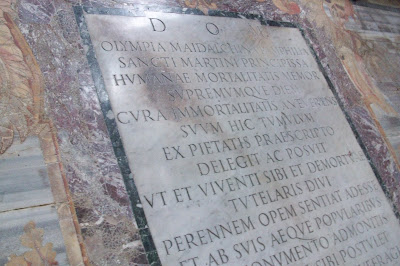 Her wealth and power   did not keep  the plague   away,   and  today her  tomb  can be admired  in the apse of the  huge  church.

A perfect  weekend outing just outside Viterbo, San Martino is  known  for  its  chestnuts  and  each  October  a festival  is held  to honor  this  local crop.


The festival , now  in its  24th year, sees   market  stalls  in the historic center  of San Martino   which has been denoted a natural  shopping center .


There are several handicrafts  dealers  selling jewellery, leather,textiles  as well as   gastronomic products  of the area.

The local restaurants  offer   special  menus at a set price ( 25 euro)  and   in the Cantinone, once the stables of  Donna Olimpia’s palace,   tables  are set up offering  an abundant  lunch  (at 20 euro) for  hundreds of   visitors. 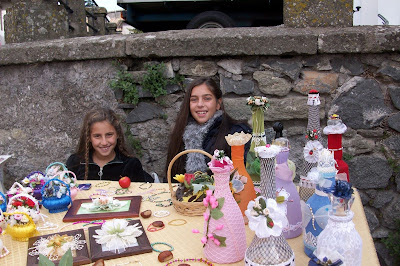 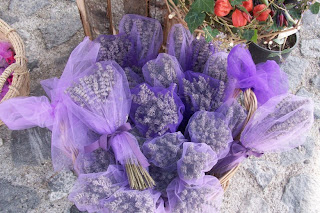 For  those  who are   still hungry   after   the abundant  5-course meal, there are sweets such as  castagne al rum con fonduta di cioccolato (chestnuts with rum and  chocolate fondue), tozzetti with vinsanto, Montblanc and crostate with ricotta and chestnut puree. 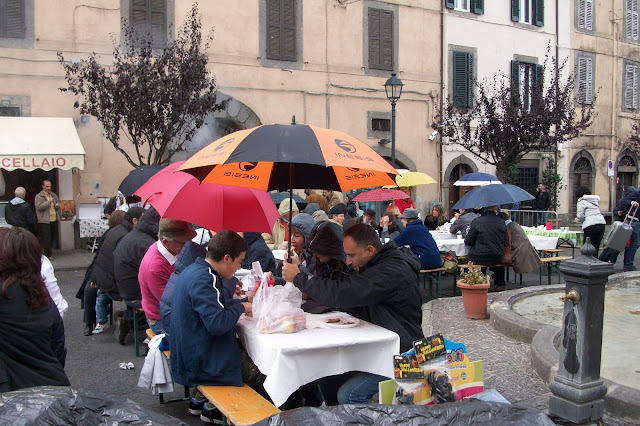 This  year there have been  a myriad of    conferences  dedicated  to  Italy's unification movement, the Risorgimento, since 2011 marks   the  150th anniversary.
I was  honored  to be invited  to  speak and  participate  at  several  in Dublin, Rome and  Torino .
During my  recent  visit  back  to  the States  this month, I  realized  how obscure  the Risorgimento -and Italy's history in general- is  for  Americans.
Perhaps  it is because  of  current events  in  Italy today or  because the Risorgimento almost   coincides   with the Civil War in America, thus  putting  a shadow on happenings  overseas.


The  interest  in the Risorgimento is greater  in Ireland and England also  because  of the participation of Irish and English soldiers  in the  battles  of  1860. 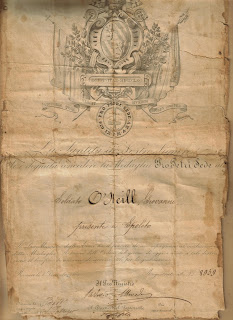 Thanks  to  Gary O'Neill, a photographer  from Dublin, who sent  in this image of  the Papal certificate   granting  his ancestor a medal for  his participation in  the Battle of Spoleto.


Thus  it is not so strange to have  been invited  to speak to  a group of Italian air force  students, to   tell them of  our  shared history.  Here is the story which I just  found on the  Italian Air Force  website .

Posted by mary jane cryan at Thursday, October 13, 2011 No comments: