Getting Married in Italy 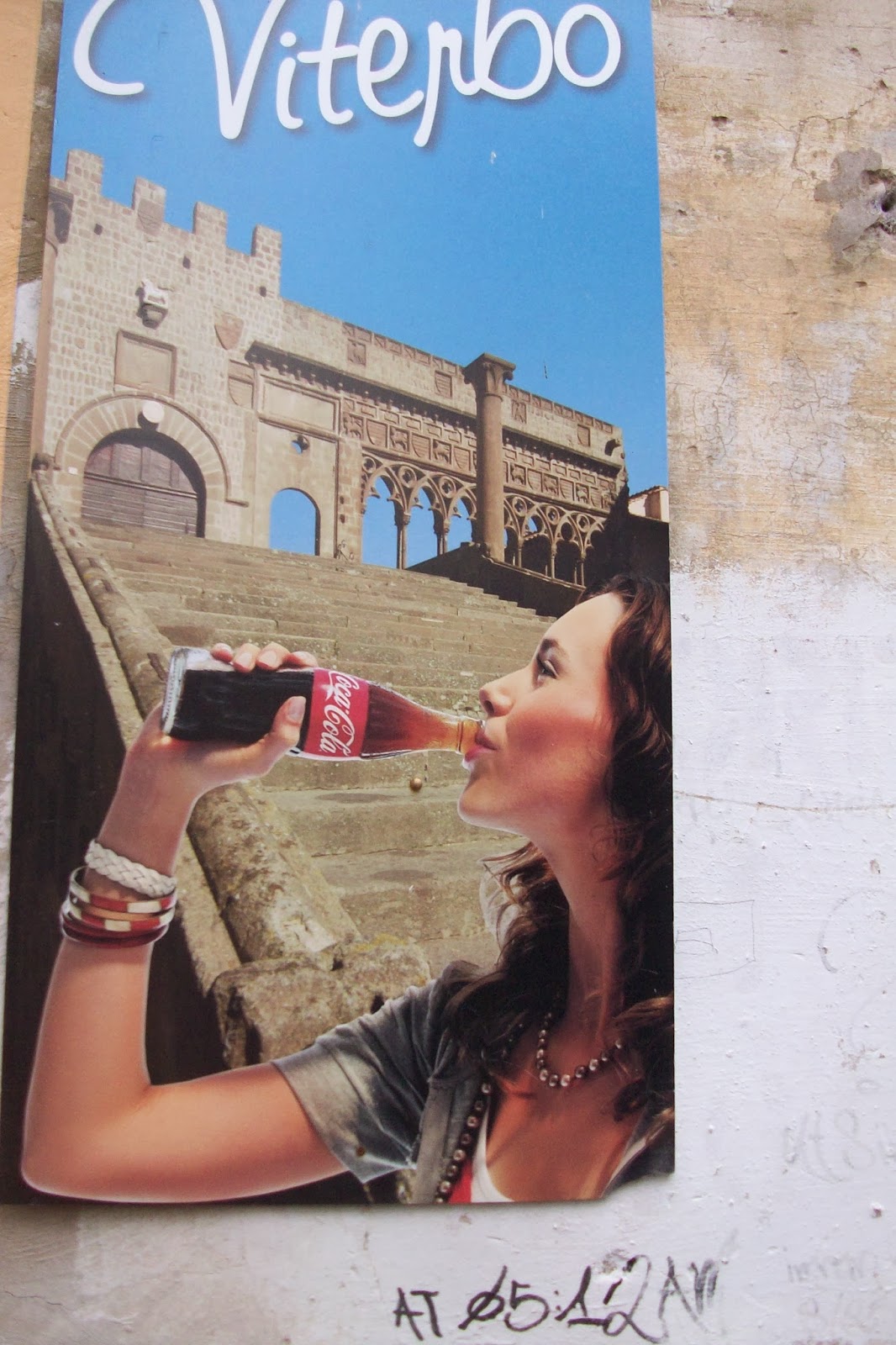 This sunny Sunday morning was  perfect  for a leisurely  walk through Viterbo's medieval quarter.


After a couple of stops  along the way, we  made our way into the cavernous  halls  beneath Viterbo's  12th century Papal Palace where  a wedding  show was being held.

After  two Italian  weddings  last summer    and  an American niece's  spectacular wedding in October,   I was curious  to see what  the  Salone del Wedding  had to offer. 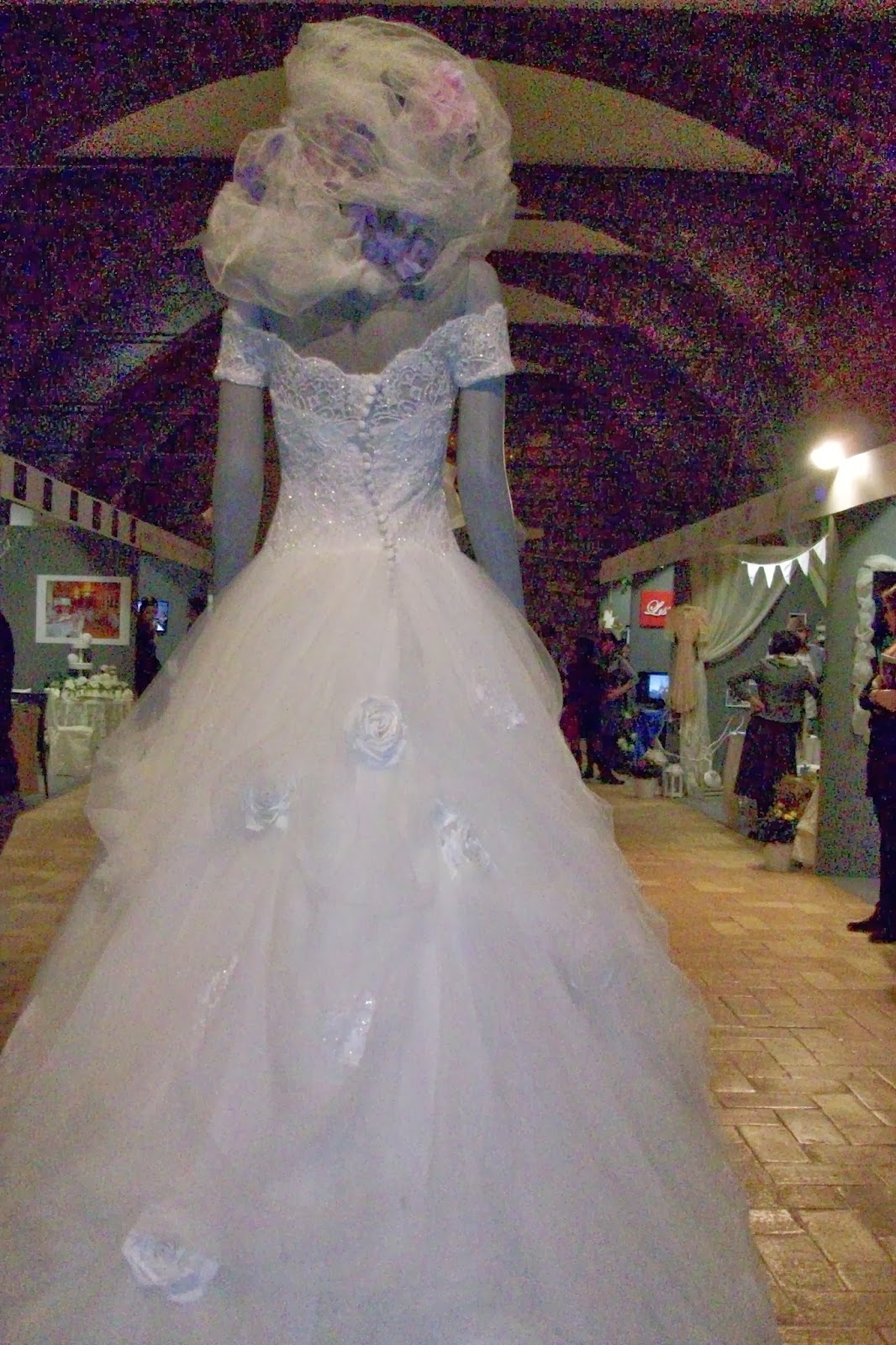 At dozens of  beautifully decorated stands  young couples   gathered information from   photographers , caterers, stylists and  jewelers and checked  out venues for their once in a lifetime ceremony.

Restored monasteries,  abbeys, castles and country estates all make lovely locations and with  low cost flights , many couples   from Ireland and UK combine the ceremony  with a  honeymoon  and holiday in Italy.

While Sorrento  and Rome  are traditionally  leaders for foreigners getting married in Italy,  just  a short drive north from Rome   airports you can find many exclusive locations.
These include   Convento di San Francesco  in Gallese, La Rocca in Orvieto, Podere la Branda in Vetralla  and Campo Antico  in Orte.

The novelties  this year? Wedding websites, dog sitters,  wedding coach and to spice up the wedding ceremony  the Ramblers of Art,  a live performance of acrobatic  pop art and music.
Did you have an Italian wedding or are you planning one ?

Email ThisBlogThis!Share to TwitterShare to FacebookShare to Pinterest
Labels: getting married in Italy, spose, wedding dresses, weddings in italy

One of my favorite Tuscan towns is  Pienza  with its  charming  piazzas,  quaint street  names, floral displays  and  magnificent Renaissance architecture.  The  area‘s landscapes,  cypress avenues, fields of grain and  orderly vineyards are  mirrored in paintings  conserved in the  Duomo and  museum . 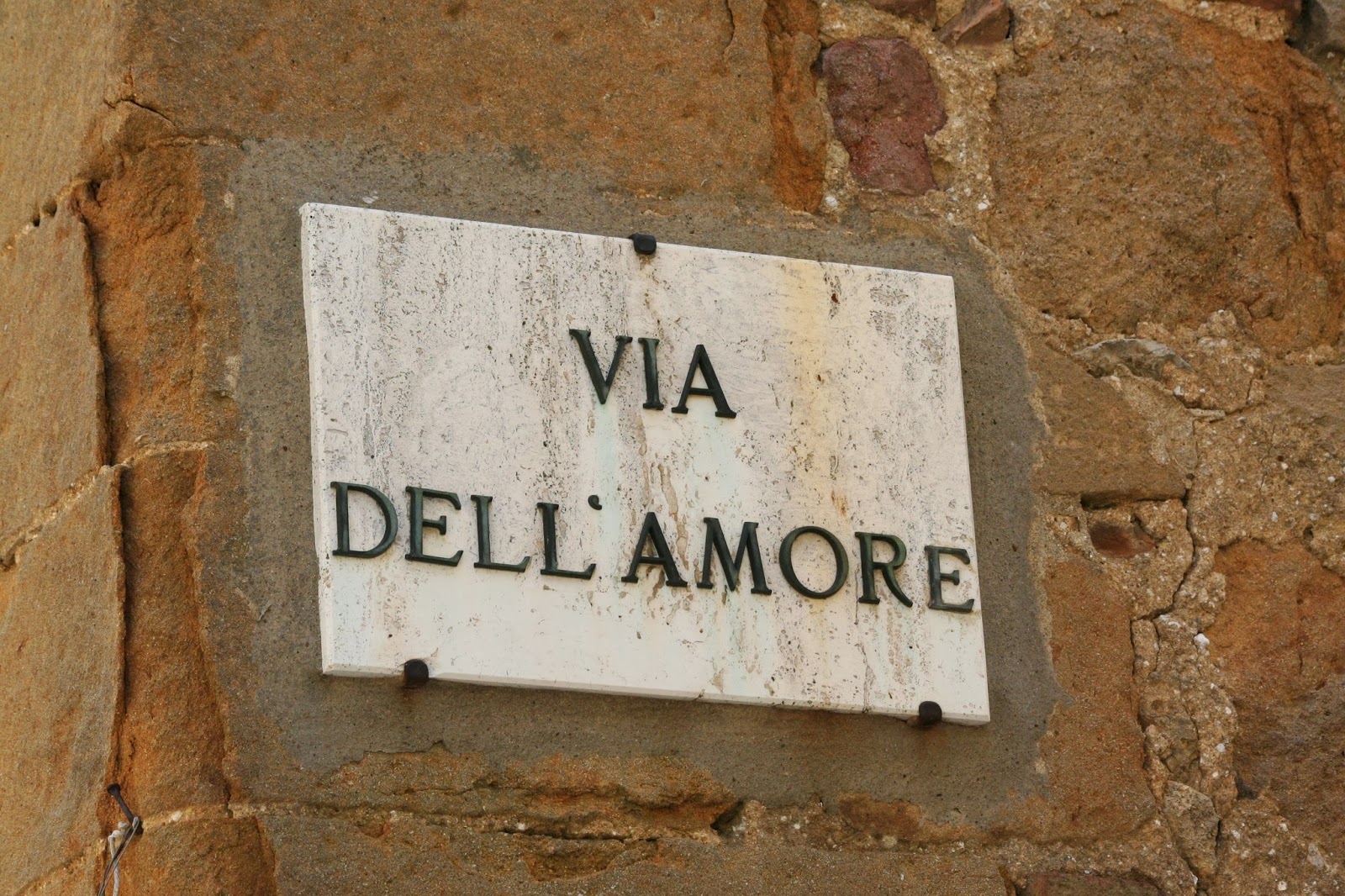 The town’s most famous son Aeneas Silvio Piccolomini,  future Pope Pius II,  was born here in  1405 when  the town was called Corsignano.

The family crest, 5 half moons   on a cross,  decorates the Piccolomini library inside  Siena’s  Duomo.

Here  Pinturicchio’s  fresco cycle  shows  the high points of  Piccolomini's careers  as  diplomat,  poet, humanist  and  pope. His  secret memoirs  or  Commentaries written in the third  person  are lively accounts  of   shipwrecks and  travels to  Libyia, Norway, England   and Scotland. 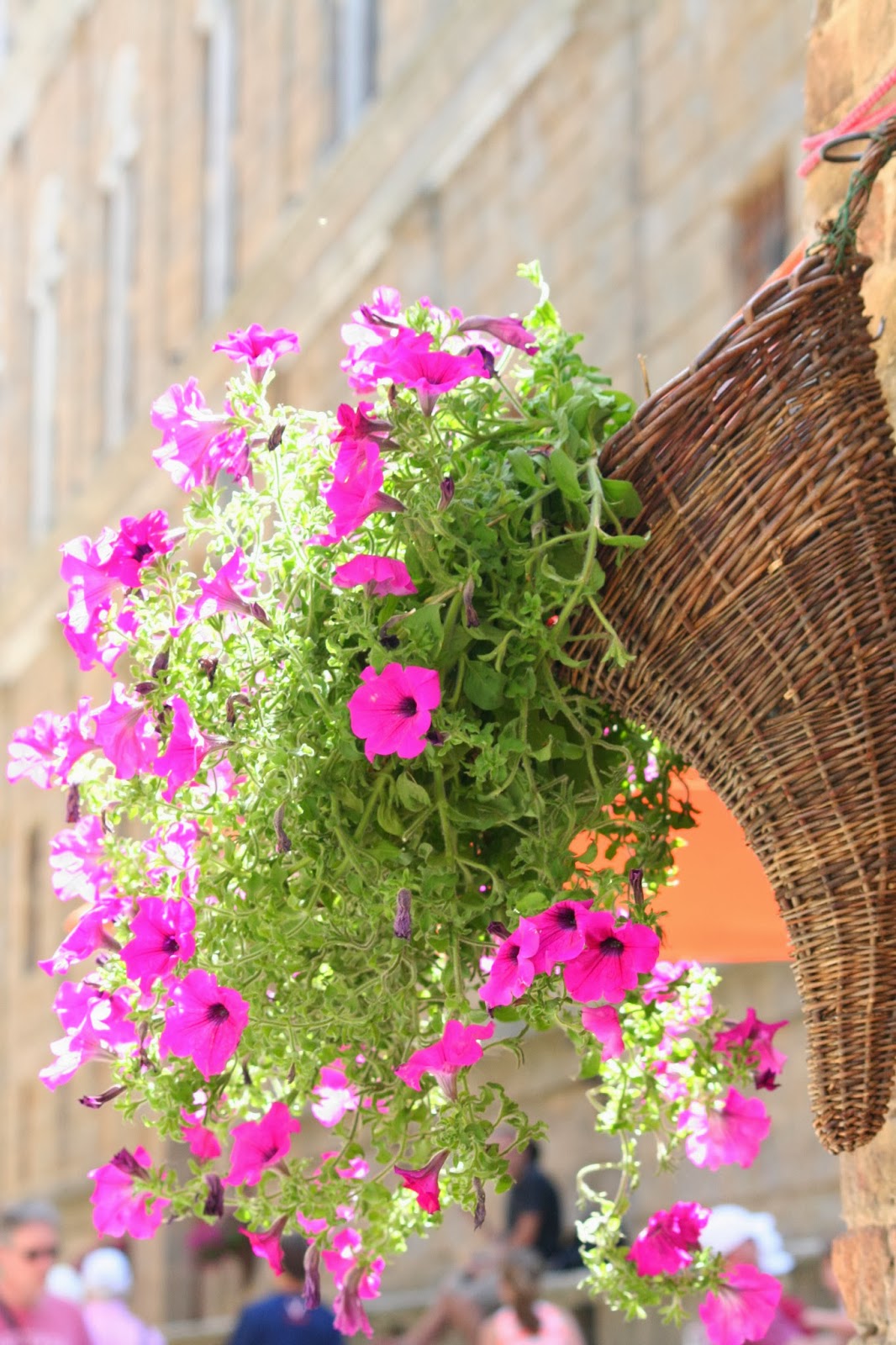 He was sent to  Scotland  in  1435  on a secret diplomatic mission and during the terrifying  sea voyage  made a vow to  walk barefoot to a shrine in thanksgiving.

The ensuing  frostbite   afflicted him for the rest of his life making  the sedan chair his preferable method of transport.

If you visit Pienza keep in mind  as you sip a glass of local red wine and stroll around this perfect Renaissance city that  it was a local boy  who gave us one of the earliest first hand descriptions  of   Scotland, the land, its people, their strange habits and the fact that they have no wine to go with their oysters.

“ Below the ground is found a sulphurous rock, which they dig for fuel. The cities have no walls. The houses are usually constructed without mortar; their roofs are covered with turf; and the country doorways are closed with oxhides.
The common people, who are poor and rude, stuff themselves with meat and fish, but eat bread as a luxury.
The men are short and brave; the women fair, charming, and easily won.
Women there think less of a kiss than in Italy of a touch of a hand.
They have no wine except what they import. Their horses are small and natural trotters. They keep a few for breeding and castrate the rest. They do not curry them with iron or comb them with wooden combs or guide them with bridles.
The oysters are larger than those in England and many pearls are found in them ".

Comments are welcome. Please share with friends by using the  Facebook, Twitter and Google+  buttons.
Have you been to Pienza?  How have things changed in Scotland since  Piccolomini's visit ? 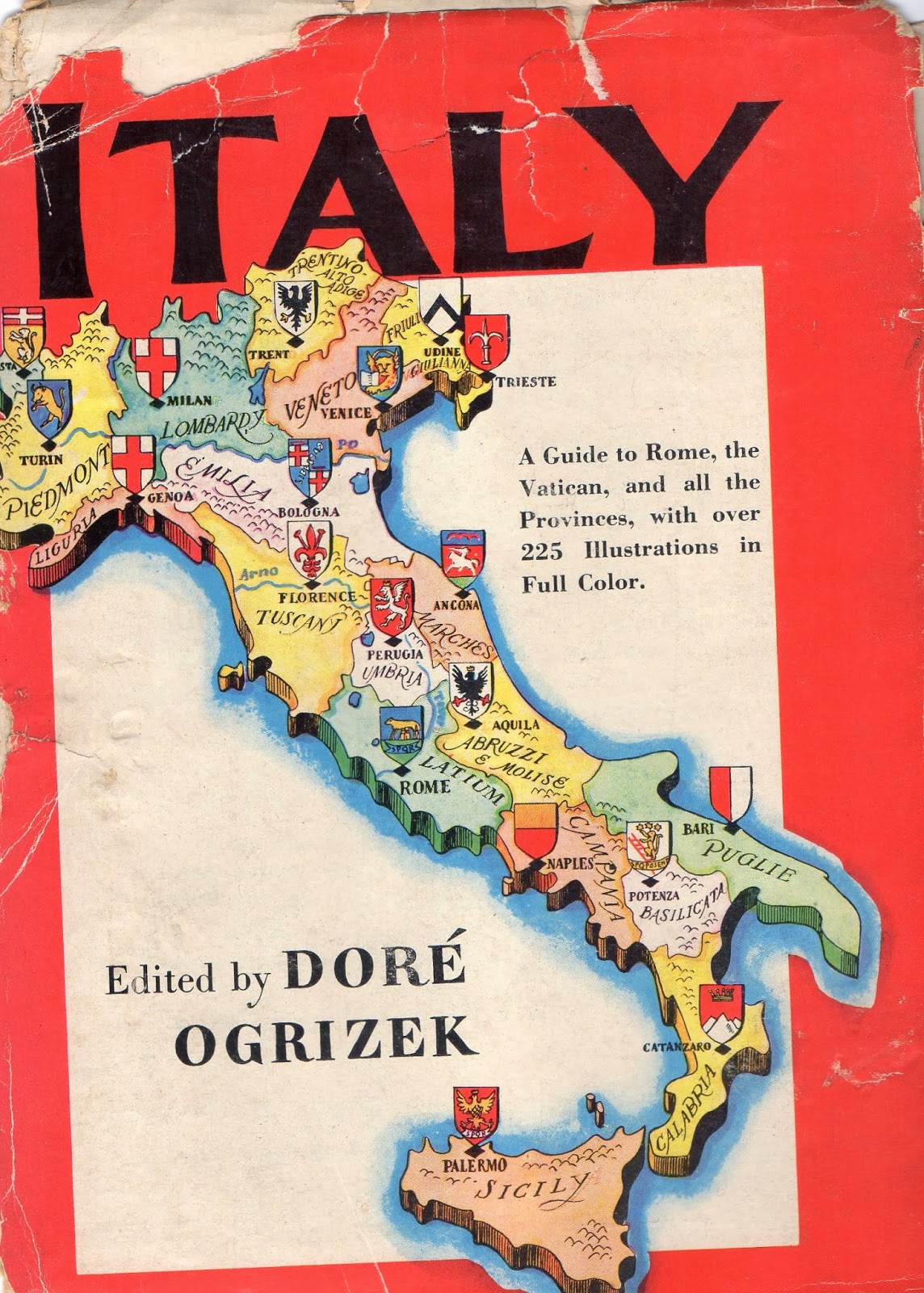 When I heard that  a  young American writer  had published  a book about  traveling  to Europe based on a battered  1963 copy of Frommer’s  “Europe on $5 a day “,  I figured it was time to take a  look  at the shelves of   vintage  guidebooks and travel literature   I have collected over  the past   50 years.

For  travel writers and historians, there is nothing as  interesting as  old guides and travel  books.   Here are  some  of the gems in my collection. Most were   paid  only a few dollars  ( or lire, or euro) but   their values today may  range up to  several hundred dollars.

It was a clever way to  encourage  Americans  to travel abroad  just as  the Marshall  Plan  was helping  Europe get back on its   feet. 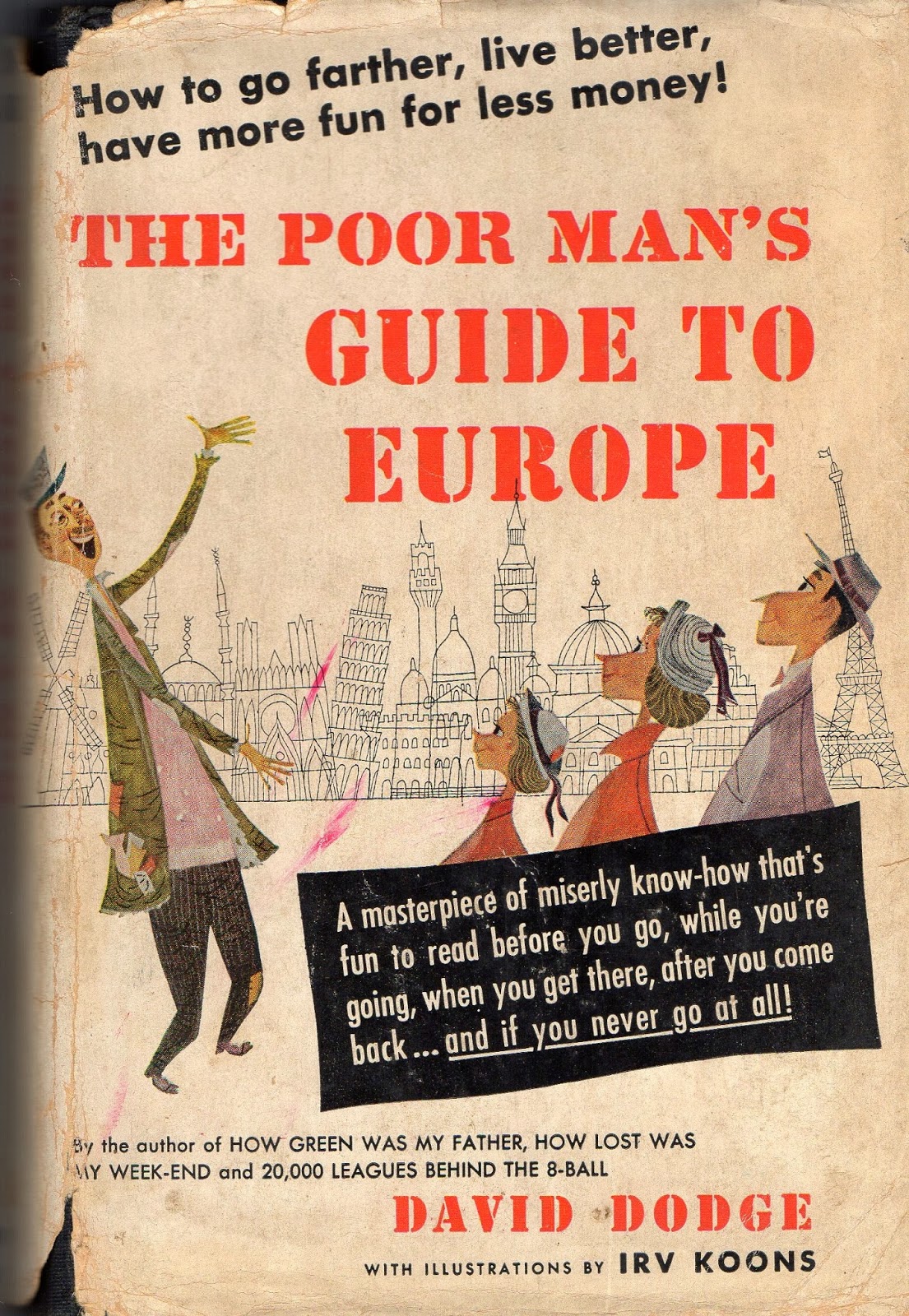 For the beginning collector, there are many  opportunities  to pick up  bargains  in the  strangest places, especially when travelling.
Older  books in English  are generally  less valued in non-English speaking countries. 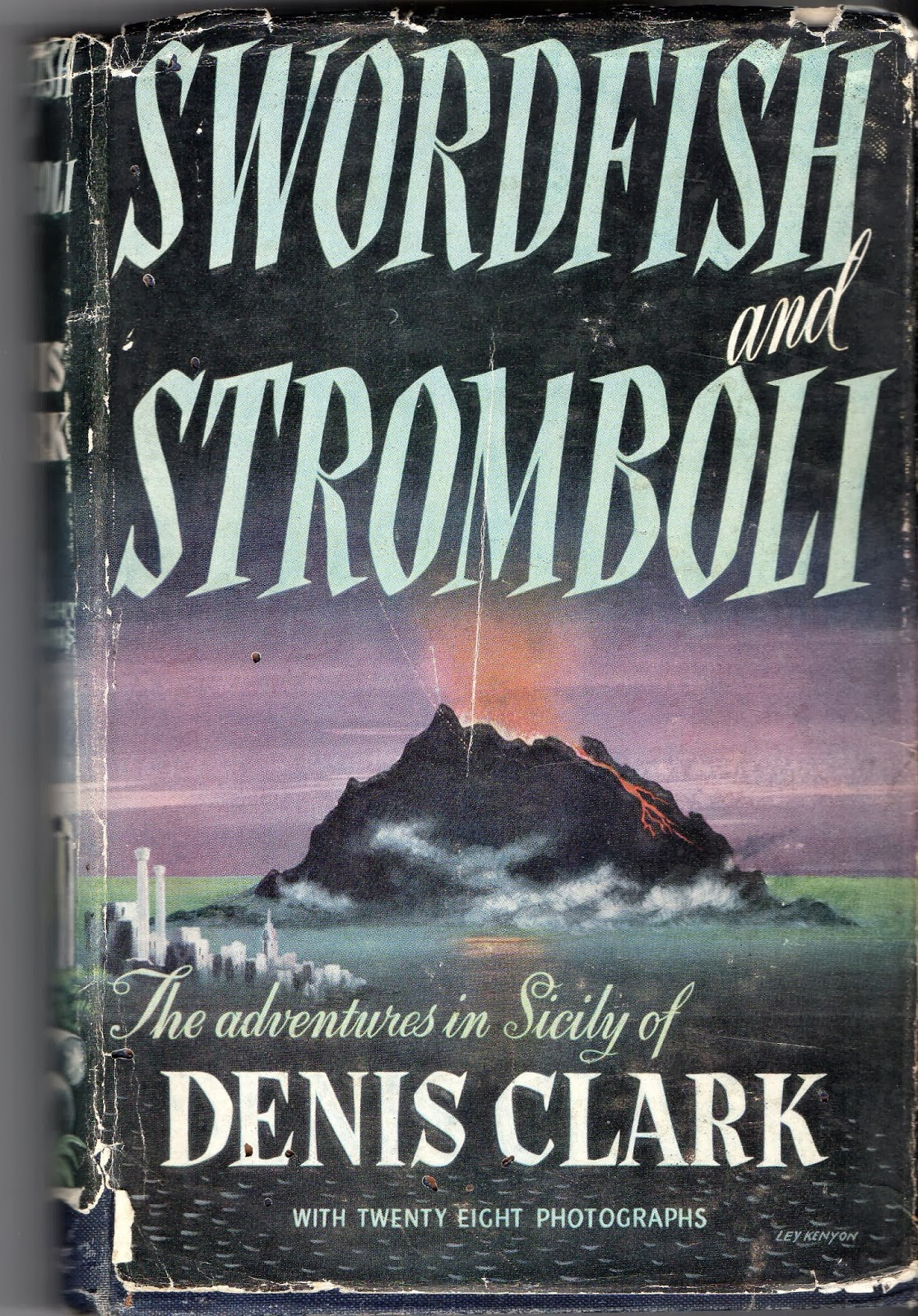 I picked up  this  1951 travelogue   in its original dust wrapper   at an open air  stall  in  Naples for  10 euro. A Canadian book seller  lists the same book, without dust wrapper, at 128 euro!

Thanks to the Gutenberg  project  many vintage  guides  can be downloaded for free and read on  your iPad or Kindle device.
An example is a travelogue by  Edward Wigran  “Northern Spain”  (1906),  full of  interesting  facts about Asturian villages  with colorful  illustrations.
A copy of the original will put you back   $195,  if you can find it.

To discover  the value of your vintage  guides and travel books, make a search on  the  websites such as  abebooks, alibris, biblio and addall.

Other sources  for  finding old and vintage travel books and guides  are  these websites: oldguidebooks,  manybooks.net. as well as the thousands of  Italian  booksellers who  list  on the mega site  maremagnum. 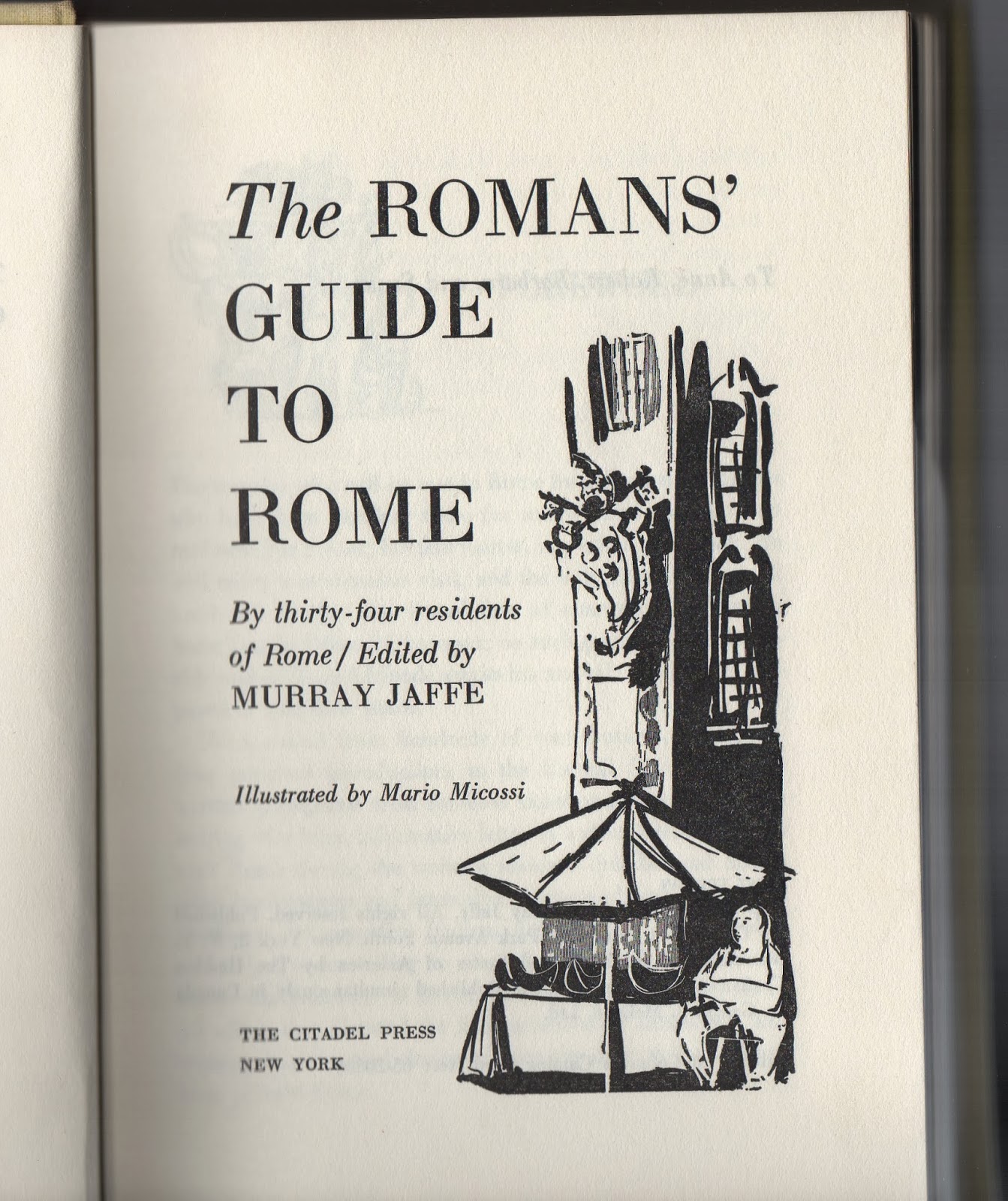 The study of travel literature, Hodoeporics,  is  fast becoming  a specialized branch of Italian language and  literature studies.

Check out   the website  of  the   CIRVI, Centro Interuniversitario di Ricerche sul Viaggio in Italia which is   based  in Moncalieri , near Torino for more information about  travel  writing  and literature .
Please share with friends  (use the  Facebook, Twitter and Google+ buttons ) and don't forget to let me know what  special treasures  you have found.