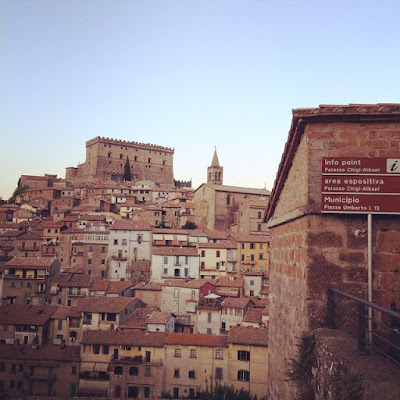 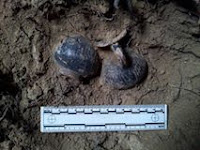 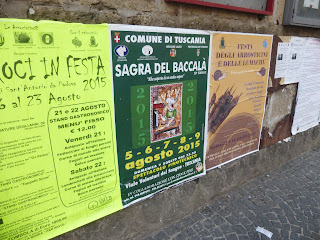 Posters announce local food festivals in August
Italy, the land of great food and great music,  really earns this  reputation  during August. For the entire month  small towns and large  put on  food festivals / sagre  where trestle tables  are set up  in the main piazza and everyone enjoys  traditional food under the stars. 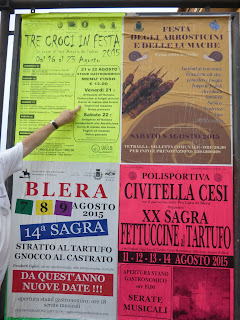 The triangle   where   N. Lazio, Tuscany and Umbria   meet  is  one of the best areas  to pass  the month of August ; each town has a rich calendar of sagre  dedicated to local  dishes  and neighboring towns vie with one another to  attract tourists and  locals.
The Sagre are favored by vacationing city dwellers who delight at  the  quality/price ratio. Abundant  and genuine food  is offered at a fraction of what  it would cost to eat out in  a  big city like Rome.


Posters announcing  each town’s  sagra  are visible  on bulletin boards and walls towards the end of June, throughout July and reach the peak  for  the mid August Ferragosto holiday .
Check Move magazine for  complete  and up to date listings. 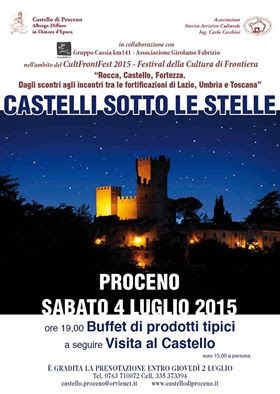 When you have had your fill of   grilled sausages and pasta with truffles   then you can enjoy one of the  numerous  concerts  held  in churches and castles  throughout  the  summer.


At  the magnificent Roman amphitheatres  of  Ferento (Viterbo) and Vulci (near Montalto di Castro ) one can  sit on the original stone steps (cushions are available )  that have been in use for 2,000 years and enjoy  a concert or theatre performance.

Concerts and cultural  happenings  are also held in  medieval churches and Renaissance castles which abound in  Northern Lazio.  We recently attended a magnificent concert "L'Idillio amoroso " love songs and music from the 15-16th century  in S. Maria Nuova  Church which  dates  from the year 1008! 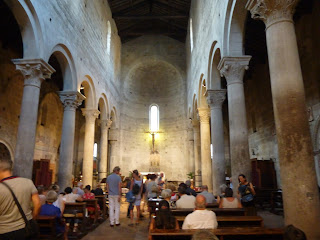 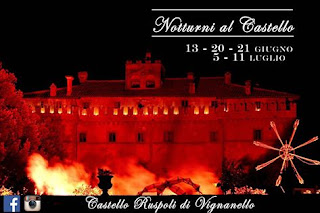 The  castles of Vignanello, Vasanello and  Proceno  are  just a few privately owned castles where one can enjoy  candle lit concerts throughout the summer .
The magnificent  Palazzo Farnese in Caprarola is another venue for music and concerts year round.
Use the search bar above to find more articles on these  historic  palazzi and castles.


After a lengthy restoration the  Castello di Campogiordano  in Vetralla has now joined the list of "castello di musica"    where cultural events are held.

Do you have a favorite sagra  or concert venue in Italy ?  Tell us about it in the comments. Feel free to share with friends by clicking on the  icons below.
Sign up to receive  the monthly  article in your mail box and for more information, browse the hundreds of past  articles .
Check out  my newest project: Vintage and Books , an online shop window  hosted by ETSY.  Here you can find and choose a little piece of Italy.
https://www.etsy.com/shop/Vintageandbooks?ref=hdr_shop_menu