The regular schedule  of blog posts  was interrupted this week due to some unusual  events.
In Rome pageantry, pilgrim crowds and  piles of garbage were generated by  the canonization of two former  popes presided over by  two  living ones.

It was a scenario  that no novelist  could have invented  and yet it was   just another chapter in the long, amazing  history of Italy.

Here in Tuscia/Etruria, far from the confusion of the Roman canonization,  history came alive when English biographer Hugo Vickers told  the story of Gladys Deacon and her mother Florence Baldwin to a spellbound audience in one of  the magnificent frescoed rooms  of Palazzo Farnese in Caprarola .

Hugo  flew in from London to share his research with us and to delve deeper into the lifestyle of  the eccentric expats who inhabited the palazzo  in the last century.

Our morning visit to Villa Lante in nearby Bagnaia was  intriguing   for its fountains and palazzine  were a model  for those of Caprarola.

At Caprarola we were escorted to see some of the secret corners of the palazzo by  Luciano Passini our host and head of the Caprarola Research  and History Society.


In a tiny  anteroom which once served as bathroom to the Baldwin-Deacon  women, we  discovered the  phrase “Forse che si, forse che no” which Gabriele D’Annunzio  used as  title  for his novel  published in 1910. D'Annunzio  "borrowed" the phrase from a ceiling he saw in Mantova's Palazzo Ducale.

During the presentation  we even had a surprise visit from “Gladys” herself, impersonated by Finnish soprano Susanna Ohtonen dressed in perfect  1920s  style.

She  invited the audience to the opera La Traviata  which is being  held on Wednesday April 30th in  Tuscania’s Rivellino theatre.

For another special evening  in one of Etruria's wonderful historic palazzi,  you are cordially invited  to  my next illustrated  presentation on May 3rd in Soriano nel Cimino.

Your  feedback, questions  are very welcome. See you in Soriano! 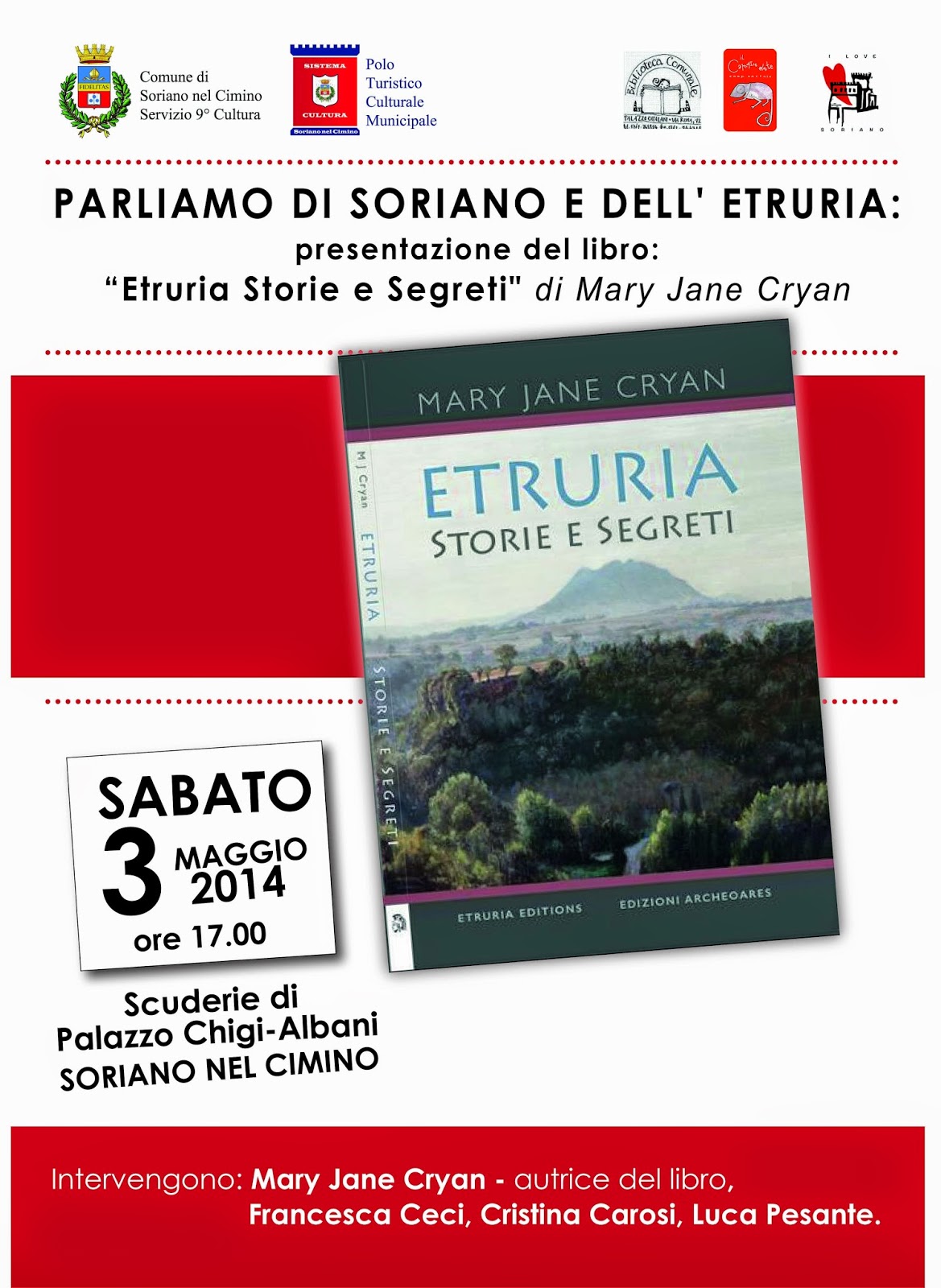 
Palazzo Farnese perched on its hillside  with views extending  over the Lazio countryside to Rome, is one of Italy’s  most  magnificent Renaissance palace  complexes, once home to  the powerful  Farnese family.

In the early  1900s it was also  home to an eccentric group of   American expats : Florence Baldwin and her daughters.   The eldest daughter, Gladys, was one of the most famous beauties of the first half of the century and went on to become  the Duchess of Marlborough.

The fascinating story of Gladys and her family will be the subject of an illustrated talk  (in English and Italian) along with English biographer  and historian  Hugo Vickers   who will be visiting from London.

Sala Giove of Palazzo Farnese,  “Le Grandi Bellezze  di Caprarola”
Please share on Facebook, Twitter. Hope to see you there! Caprarola  is a short drive from Rome and  the 25th  of April is a holiday here in Italy.
Posted by mary jane cryan at Sunday, April 13, 2014 3 comments: 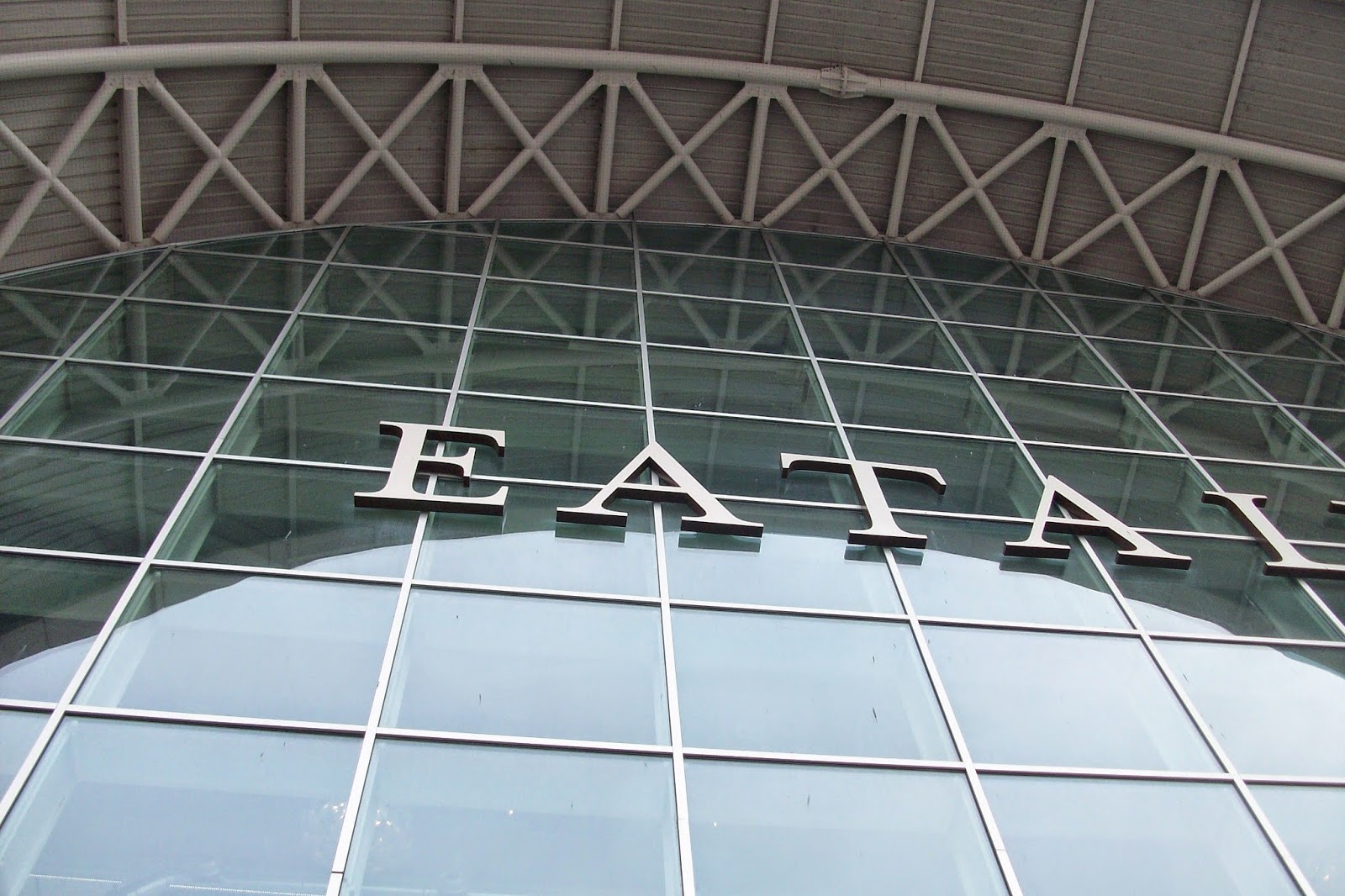 One of the positive things about  publishing and  promoting  books in Italy  is being invited to unusual venues and   exploring nearby towns.


This week  we spent a day at Rome’s Eataly,  located in a hangar-like building that used to be the  unpleasant Air Terminal  at Ostiense.

After the press conference  presented by  TV personality  Maria Concetta Mattei,  cook Antonella Colonna  whipped up his version of  bucatini all’amatriciana and exchanged cookbooks with Fulvio.

Yesterday instead  we traveled  east 40 kms  from home to present Fulvio’s “Olio e Ricordi in Cucina” at  the Libroteca  bookshop in Civita Castellana. 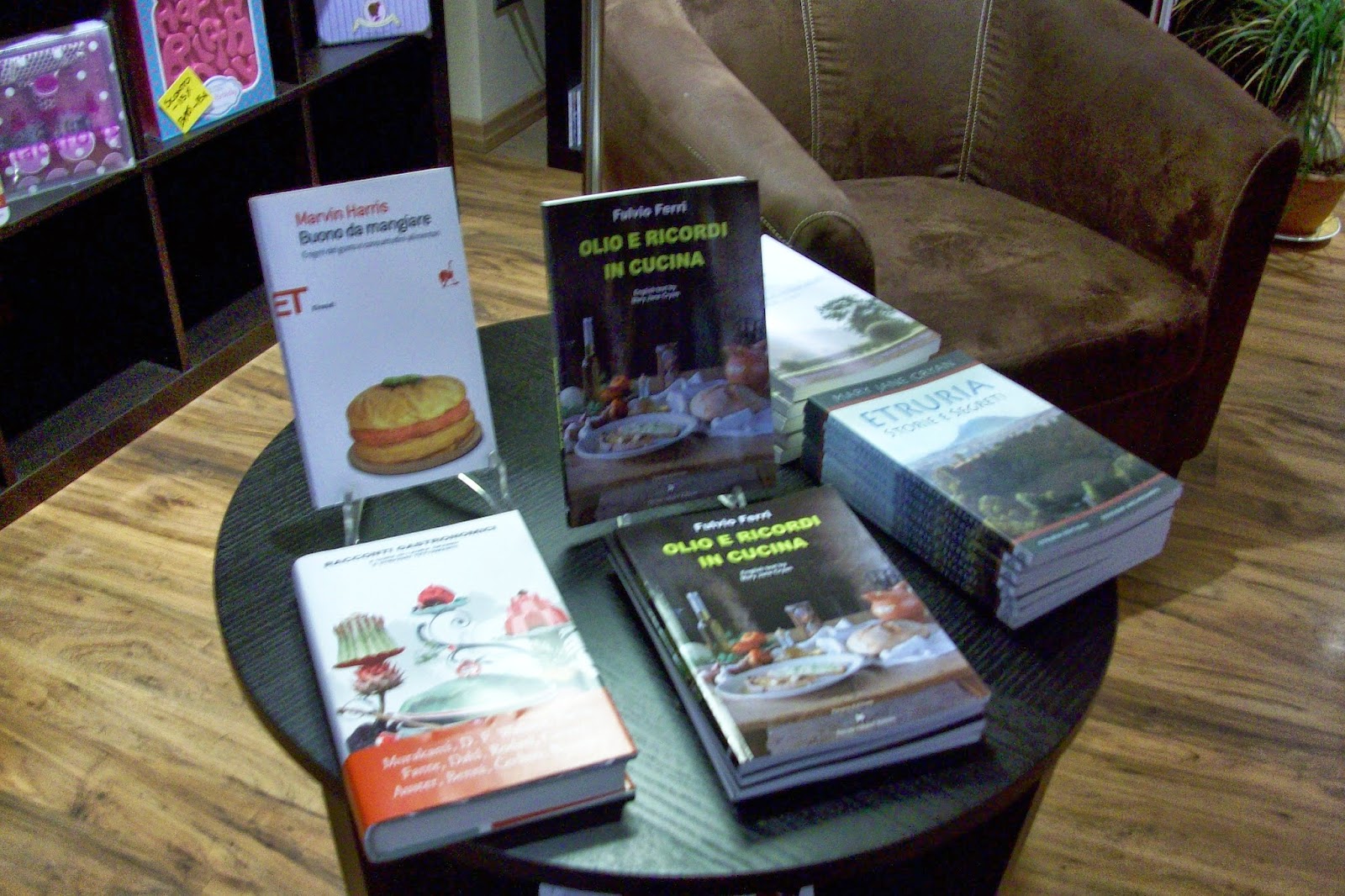 Since  there was a half hour before the official event, there was time to  explore the  city’s  Duomo famous for its Cosmatesque pavement  and crypt.

After the book presentation, carefully set up by the bookshop owner,  Tusciagnam  organized a wine tasting with a sommellier and nibbles.

No one should stop in Civita Castellana without visiting the ceramics workshop of Mastro Cencio, and the 16th century fortress  where the museum is located.