I  made  some wonderful discoveries  Yesterday in Tarquinia, the  Etruscan  town famous for its  painted Etruscan tombs is only a short  drive from my home in  Vetralla and even  closer to Civitavecchia’s port, making it  a perfect  trip  for cruise passengers  looking for an alternative  to  Rome  excursions. 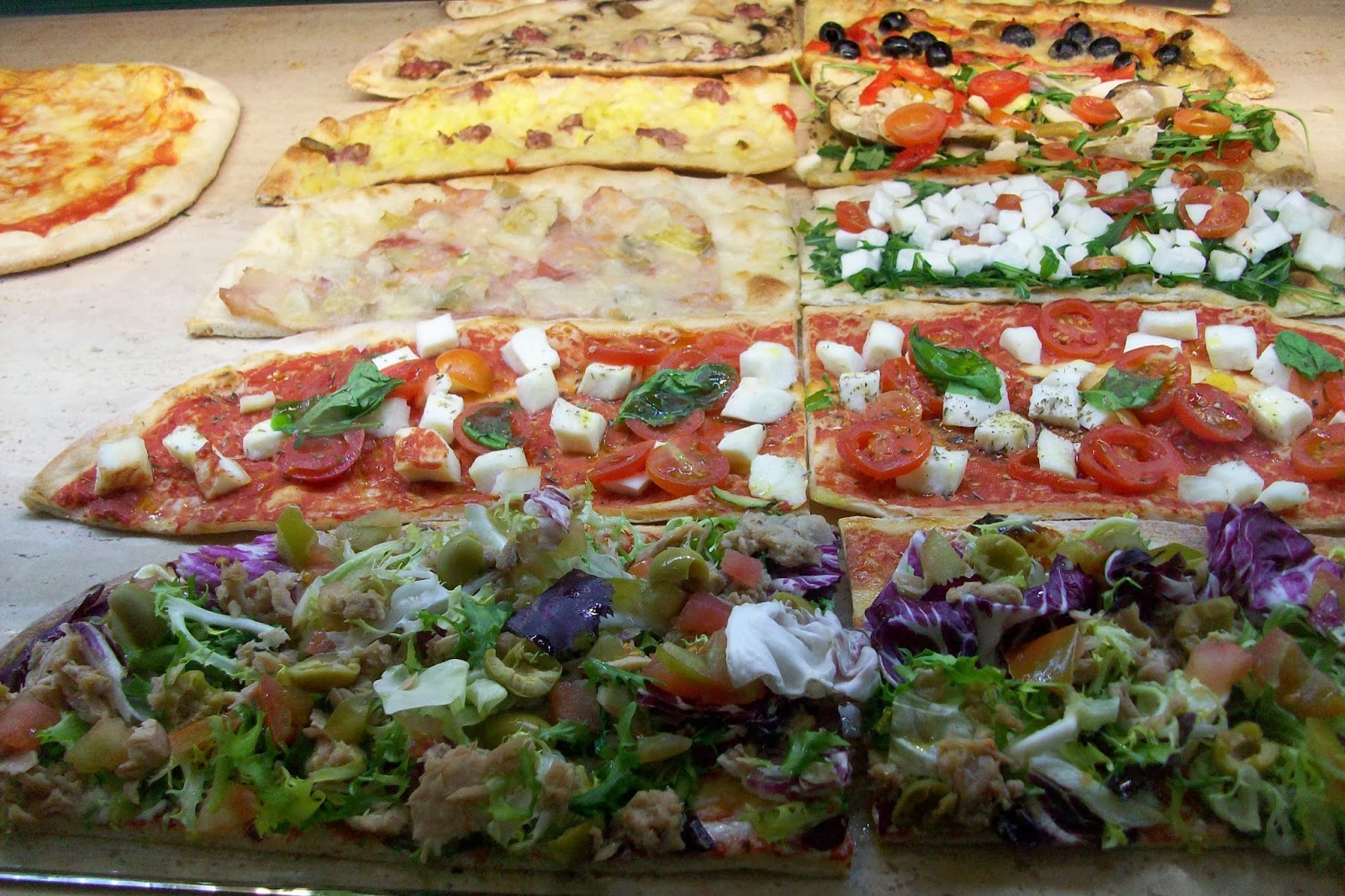 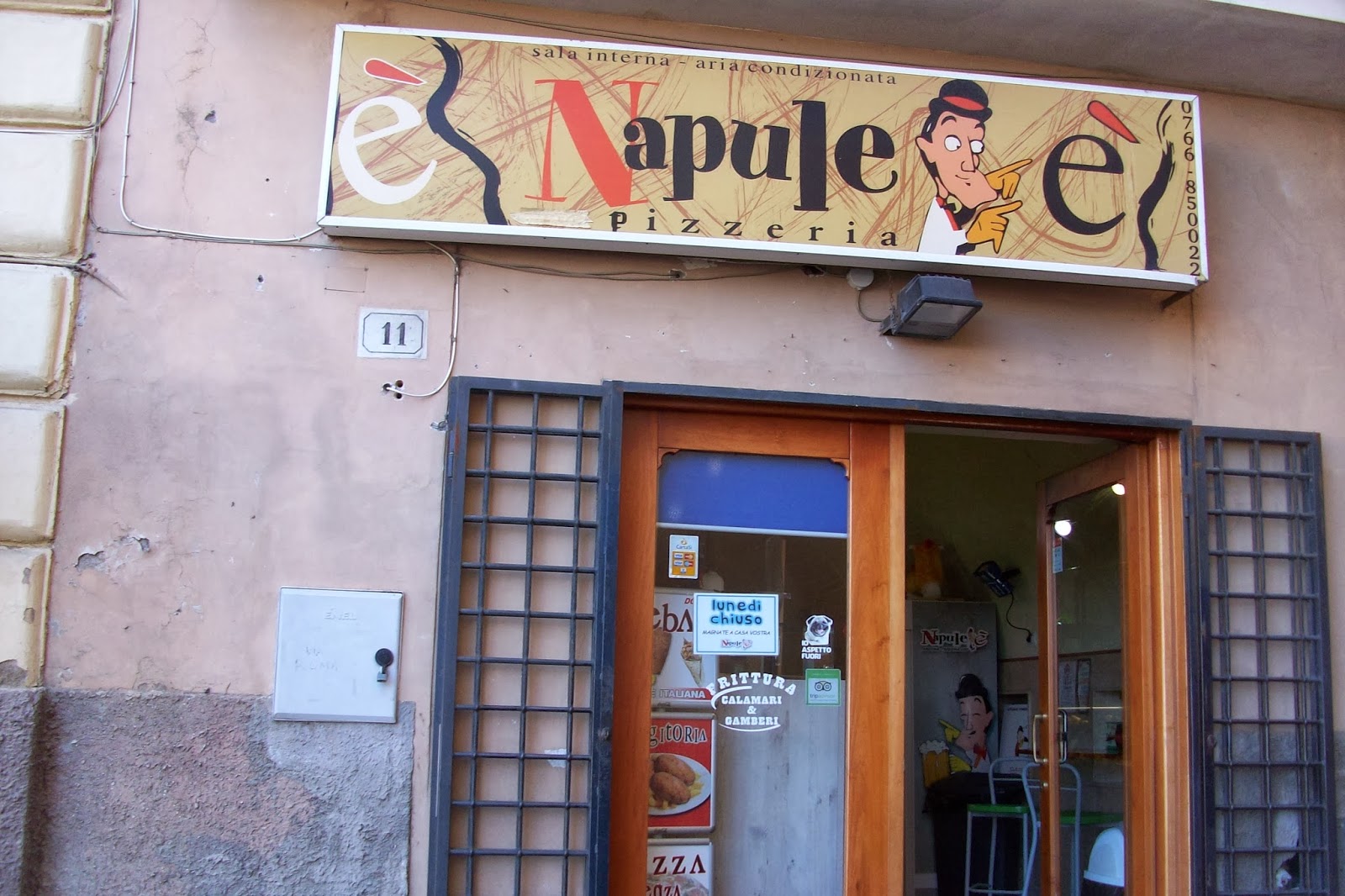 After  a visit to the Etruscan Museum and  a stop for pizza  we  went to visit  friends with beautiful gardens.

The first garden is that surrounding an elegant villa  estate  which once belonged to a 19th century Cardinal.

The  new owners Celeste and Franco have  transformed the villa into an  elegant B&B of only   three rooms.  Check out the  video.
Across the valley, near Santa Maria del Castello,  is the other garden, studded with sculptures  and roaming peacocks. 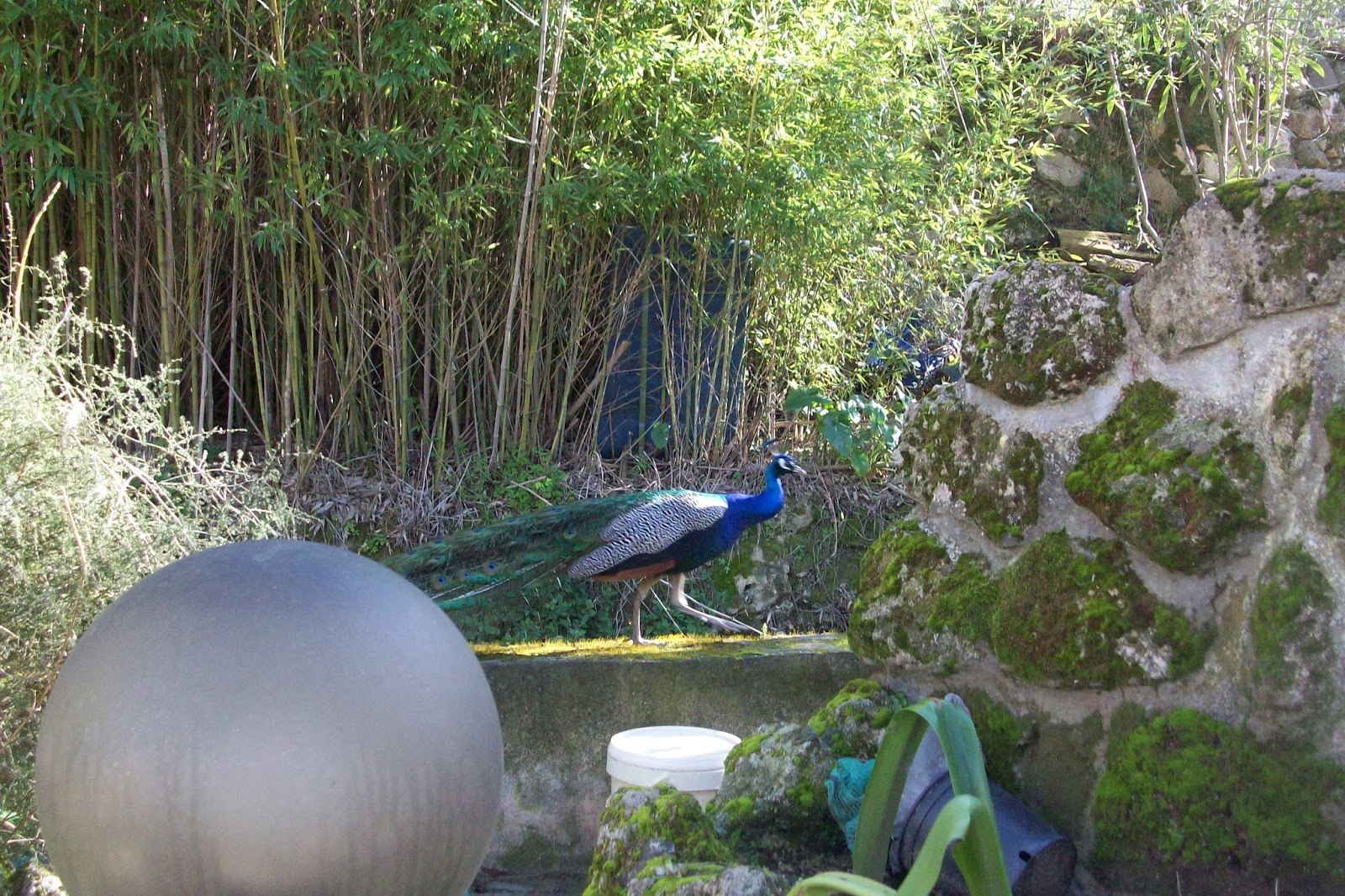 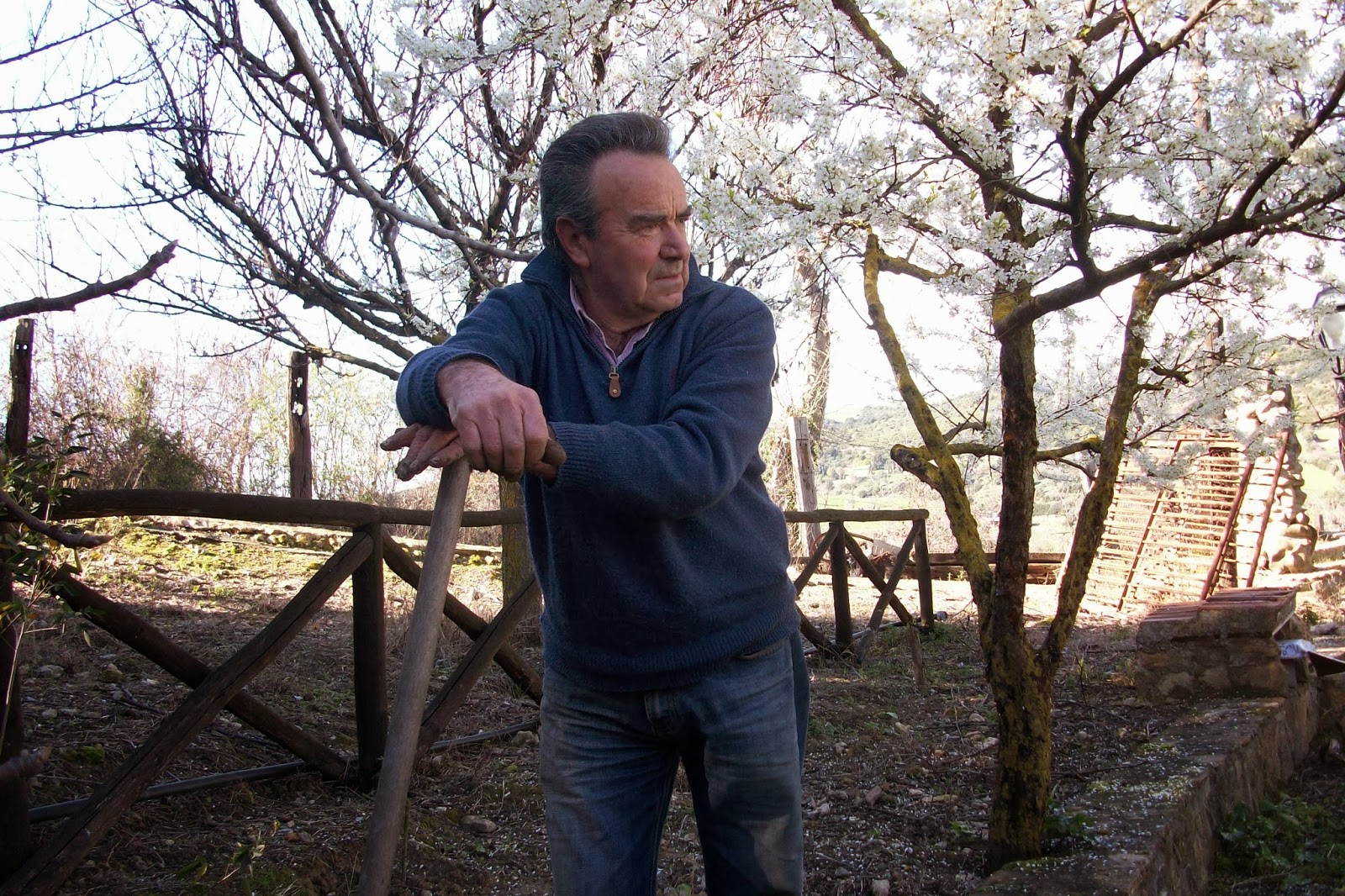 Owner Bruno  has dedicated  decades  of hard manual labor  to create this  magical   place  in an area previously  ignored by the people of Tarquinia, for it is adjacent to  the former slaughter house.

If you have  enjoyed   visiting  these unusual sites, why not share with your friends and leave a comment here below.
For more information about this area  take a  look at my website. The only books in English   can be ordered directly  from  my  website www.elegantetruria.com

Change of Date !! Due  to President Obama's scheduled  visit to Rome  on March  27th  we have changed the date for the  upcoming presentation to be held in Rome at the prestigious Fondazione Besso in Largo Argentina.
Mark your calendars  for  Tuesday, March  25th at 5 p.m. and come to hear  three distinguished scholars Francesca Ceci,  Luca Pesante  and Cristina Carosi discuss my latest book, in Italian ETRURIA Storie  e Segreti.

Since  selling copies of the book at the Fondazione is not allowed, purchase  your copy  beforehand and bring it along to be signed by the author. Or pick up a copy at our exclusive  distributor in Rome- the Anglo American bookshop on Via della Vite, near the Spanish Steps.
The easiest way to get your copy is to order  the book directly  and have it sent to your Italian address free of charge.

This week marks the   beginning of the 4th year  of  life for  50yearsinItaly  published weekly  in the  town of Vetralla, an  hour  north of Rome. We are proud to announce that  the town has been chosen  by ThazItalia  to take part in an important tourism project backed  by Terravision.

Now, more than ever,  information and promotion of the  area has become of vital importance, and   Elegant Etruria, Etruria Editions and  50yearsinItaly  are happy to be of service.

After   4 books in English and  20 years   living   in central Italy, I finally gave in to the insistence of  Italian friends  and published  my first book in Italian about the area known as Etruria or Tuscia.  Thanks to   the help of a  highly qualified  team of collaborators,  illustrators,  photographers and translators,  the book  is enjoying  a huge  success.

Now the hard part of publicizing and distributing   to the general public,  especially those working in  tourism and cultural fields, who  need  to know about the area’s  unique  past  in order to protect and  promote  the  territory   on an international level.

Since   the publication of Etruria Storie e Segreti there has been a  whirlwind of activity  and promotion and Edizioni Archeoares  is helping me with the coordination.

Regardless  of the   pouring rain  the book was   presented  at   Vetralla’s library to a  full house. Thanks to   culture  councilman Michele Vittori and  Fulvio Ferri.

The next weekend we were  guests of Archeotuscia  in the  prestigious hall  of  Viterbo’s  Prefettura, again  with a full house  and lots of book sales.  As archeologist   Francesca Ceci   of  Rome’s  Capitoline Museums  introduced  the book,   the  audience  viewed  the  book trailer with music by Kay McCarthy  and a panorama of  the book’s  many  illustrations.

Yesterday,  a sunny Saturday, we were   at  Libroteca   bookshop  in the center of Civita Castellana.  Among the guests were  Franco Giorgi, dean of the city’s ceramic artists  and  noted artisan Mastro Cencio, Vincenzo Dobbloni.


For more information  about  the book,  where to find it , how to order  signed copies, check this page.  Multiple  copies at discounted price are available   for schools, hotels and  groups .

The number of readers  and followers  has increased  enormously since  February  2011. How long have you been reading  50yearsinItaly ?   You can suggest  it to friends  by using the Facebook and  other share buttons at the bottom of the page. Your suggestions and comments  are important  so please take time  to write a   line or two.
Posted by mary jane cryan at Sunday, February 16, 2014 4 comments:

For the next   17 days  the media will be bombarding us with  news and  information on  the   Winter Olympics   being held  in  Sochi, the  popular Russian resort on the Black Sea which for more than a century has been known as the Russian Riviera thanks to its  almost Mediterranean  climate, landscapes, beaches, parks and mineral springs.


The Botanic gardens   stretch along the seaside promenade  with  mimosas, oleander, magnolia and palms line the streets. Expensive  new  high rise residential buildings   give  the seaside city  the air of  a Caucasian Monte Carlo.

When I visited  Sochi a few years ago  the city was buzzing with activity  in view of the upcoming Olympics: new buildings , horrendous  traffic  and  a sense of expectancy. Already  then  Sochi annually  attracted nearly two million visitors who came to   enjoy the beaches and curative powers of the mineral springs, especially those of Matsesta,  or “fiery water”.

During the Soviet period there were  223 health resorts, sanatoria, sort of all inclusive resorts,   along the  140 kms of Sochi coast making it  the "longest " city after Los Angeles .

Joseph Stalin , who suffered from arthritis,  found  relief  at these  hot baths and built his summer residence  at Zelenaya Roscha,  a highly guarded compound camoflagued within a  pine forest .


It was a no-flight zone overlooked by guard towers on the nearby hilltop  since  the psychopathic leader   lived in dread of  assassination.
Even the fountain in the central courtyard was turned off at night so any intruder  could be heard.  Stalin slept  only during the day on a  cot  in his office and  his  leather divan is provided with  bullet proof sides .

The wax figure seated in the  study  reminds  us  that the  Georgian leader was only  5ft. 2 inches tall .  This was   another reason why   photos with Churchill   and Roosevelt  at the conference held in nearby Yalta  in 1945  show them all seated.

Sochi was one of the many ports  visited  over the years  as a cruise enrichment lecturer  aboard  luxury liners plying the Mediterranean, Black, Adriatic, Baltic and Atlantic.  For a  list  see my  website   and let me know if you have questions about  any of these  ports.
Don't forget to leave a comment and share with your  friends. 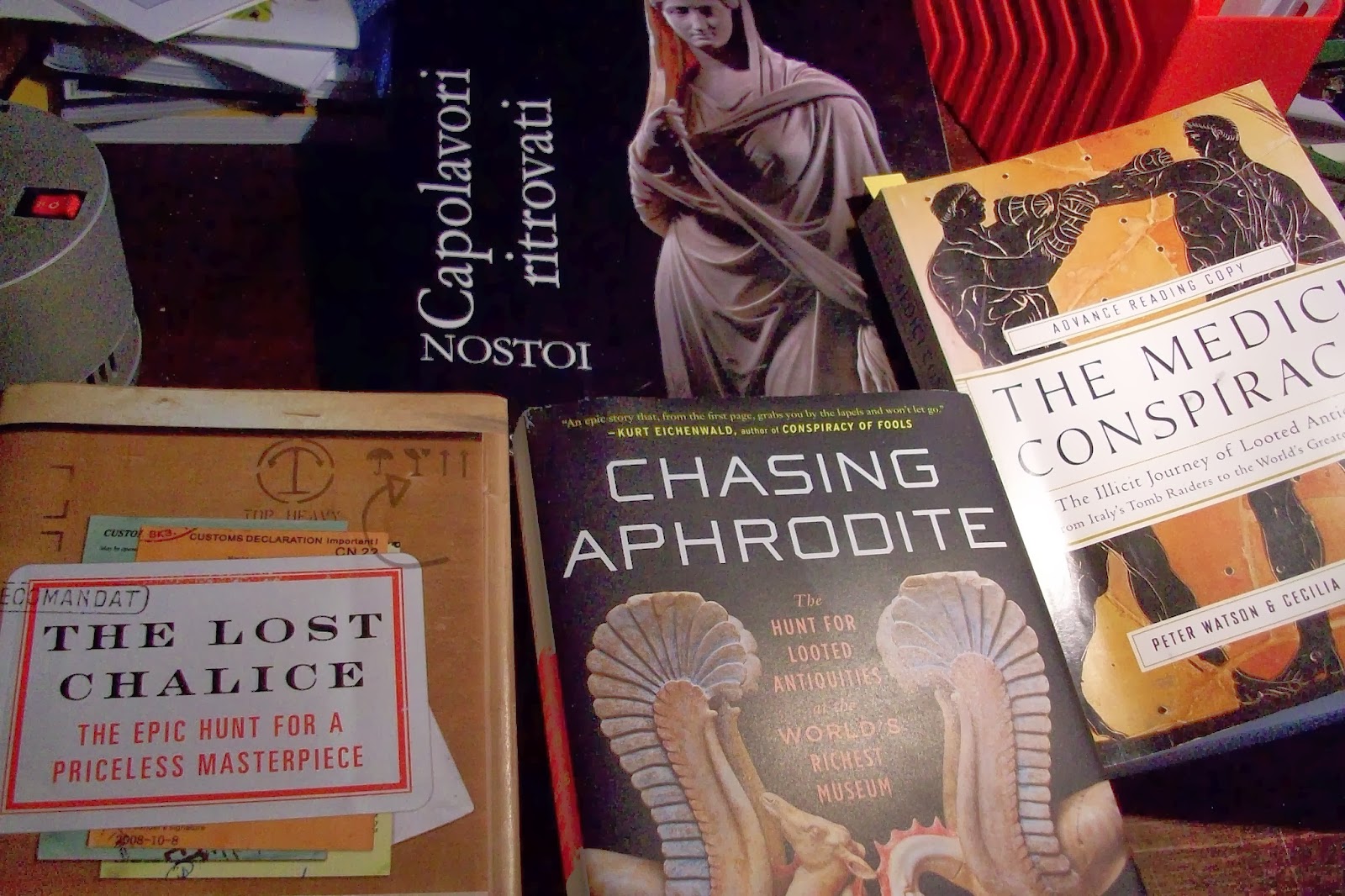