This winter weekend  is grinding to a close and a busy one it was.
I will let the photos tell the story, with a " No comment"  on my part. 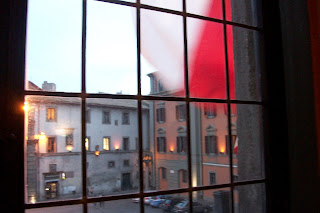 Your comments instead  are  very welcome. How many of these happenings  did you  attend? 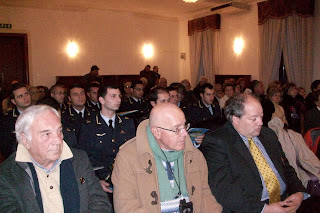 The weekend  began with a full house and attentive audience for the conference "Artisti e Archeologi Stranieri in Etruria"  sponsored by Archeotuscia  at the Prefecture of Viterbo.

Thanks to all who partecipated. 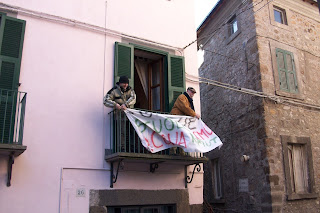 Saturday morning the cold north wind did not keep hundreds  from protesting in front of the Town Hall in the main piazza. 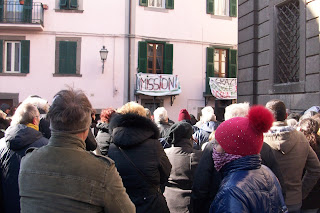 Problems include the prolonged closure of public schools,  arsenic and  chlorine in the water and many others, as one can imagine in  a town where the administration  was voted in  by  only 36% of the citizens. 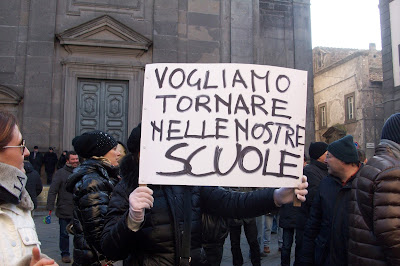 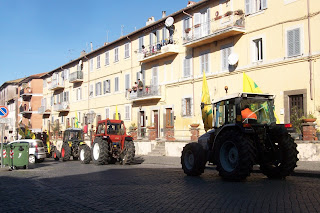 Sunday morning:  a bright sunny day,  no wind but  total confusion due to the unexpected  parade of gigantic  tractors  followed by a few horsemen, that invaded the historic center. 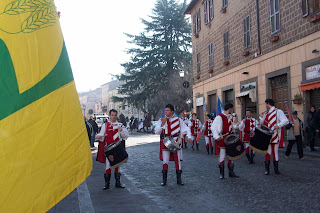 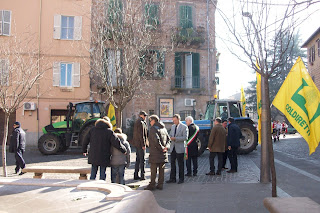 The local priest gave a sermon to those gathered  in the piazza  between the Duomo and the town hall. 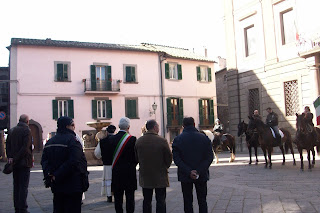 At 11:30 the Day of Memory commemoration was held, as it was in most Italian towns, to remember the deportation of the Jews in 1943.