Castles  and Capers   in Borgia  Country


Borgia, Farnese, Orsini… these  are just  a few of the powerful  families  who  held sway in  Etruria , an area north of Rome   that  the Italians  call Tuscia Viterbese .

Thanks  to  their   connections,  powerful   papal nephews  were able  to acquire  lands and create  magnificent  palazzi  and  gardens  in this now quiet area north of Rome.


Nepotism allowed them to commission  splendid  estates and art work for  their private enjoyment and to dazzle  visitors.

As  modern  TV series show,  many of the papal  family members   were not  always   up to religious  standards.
Their lifestyles were often  more  outlandish and   exciting  than anything  a script  writer  could invent today.

One of the papal nephews  of  the Farnese  family  was  responsible  for  the magnificent  Palazzo Farnese, in Caprarola. Along  with the Palazzo Farnese in Rome –the present  French Embassy –  it epitomizes    Renaissance  architecture and art. 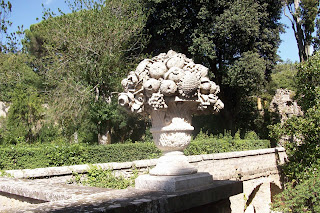 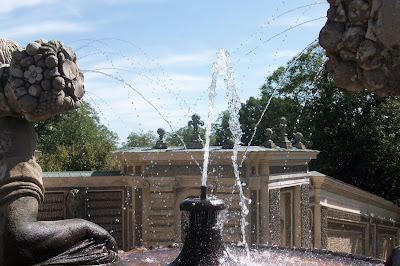 Caprarola’s Palazzo Farnese,  designed  by Architect   Vignola, can be considered  the original  pentagon  for  it has  5 sides,   a circular  central courtyard  and  perfectly  square or rectangular  rooms.       And what rooms!


There are  frescoed  walls including  the  map room dedicated  to explorers. The  gilded ceilings  and multi-colored terracotta tile floors are  perfectly  maintained mosaics . The south-facing  rooms were used in winter,while  those on the northern side, were lived in  during the hot summers. 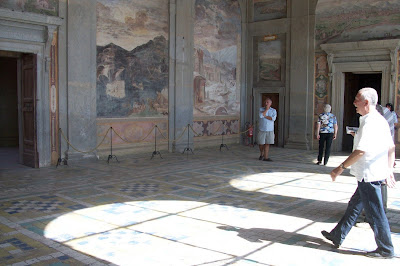 This hillside  town  named after  goats (capra=goat)   is  a perfect   place to   relax  in style, just as it was for  powerful men  of the past, from the   Farnese  popes and  cardinals to  Prince Charles  and  Italian presidents  in pre-Berlusconi  days. 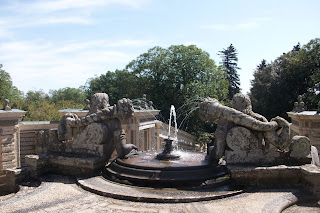 The views from the loggia of Palazzo Farnese stretch  all the way to Rome (35 kms )  while   Mount Soratte’s  majestic   outline  looms  in the distance.


The Zuccari  brothers and their crew of  decorators  did not  have to worry about  expenses   thus  the Palazzo , its  gardens , fountains  and the   Casina  dei Piaceri  show   papal nepotism  on a grand scale .

Along the lakeside road  traveled by  artists, architects and stone masons  who   worked  with the wealthy families  of  Viterbo,  Vetralla  and  Caprarola  we find a simple  fountain  of Santa Lucia, emblazoned with Farnese  symbols.


Capers,  considered  an aphrodisiac, still  grow  today  on  the south facing  walls   and were    used  for  medicinal purposes, to help digestion and hangovers. 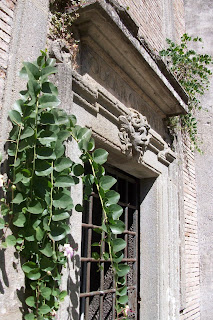 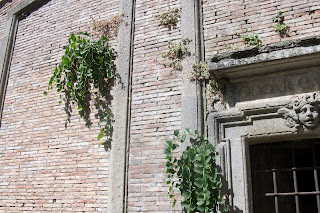 Another  “season  of capers”   happened  in the early 1900s when an   eccentric   Boston lady  and her daughters   lived at the Palazzo and their lifestyle  was immortalized  in   Gabriele D’Annunzio’s   “Le Vergini delle Rocce”.
For more about  the palace and the underground multimedia  area  check  out Palazzo Farnese .

For more stories about  the palazzi and gardens of the area  purchase your signed  copy of "Etruria-travel, history and itineraries in central Italy".