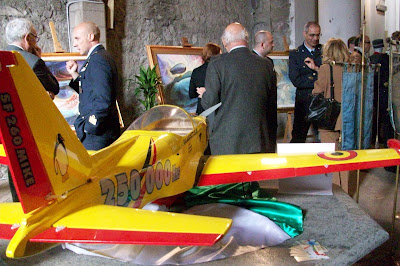 For several years  now, the city of Viterbo has been embroiled in  heated  discussions  about the pros and cons of   building  a commercial  airport.

During the next few weeks the buzzwords  in town will  be  Air Force and airport. 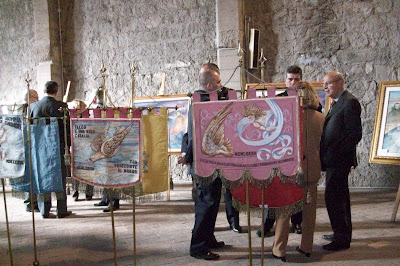 But this time it is because the city is  celebrating  the 75th anniversary  of the local  military airport.

The first event on the celebration calendar was  Thursday’s inauguration of an exhibit of art, heraldry and  medals  held in  the former  church of Sant’Egidio, in Viterbo’s historic center.

As I  mingled  with officers  from all branches of the Italian armed forces, I realized that  I was the only non-Italian invited. 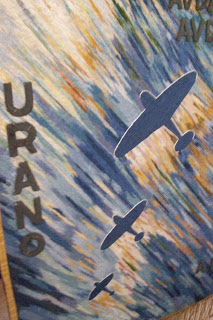 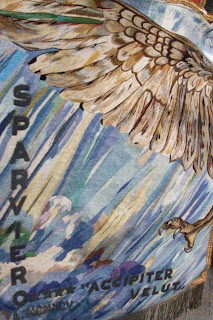 Instead of stressing only  military aspects  of the anniversary, this exhibit  was surprisingly “soft” for it highlighted a series of  elegant  tapestry-like banners. 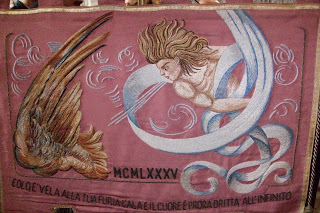 The banners formed an unusual  display  of the art of embroidery. 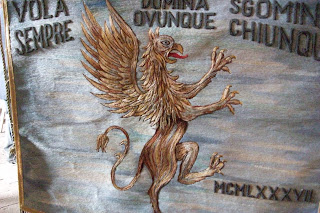 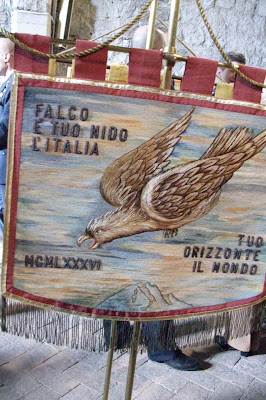 These  rarely seen  historic  gagliardetti,  are tapestry-like  banners  decorated with figures  and mottos of different  Air Force Academy courses, which are named according to  the alphabet, from A  to  Z. 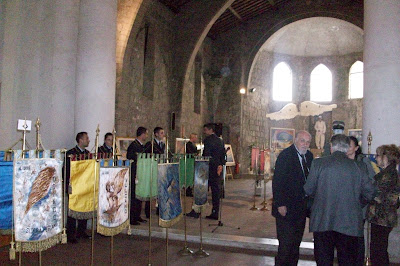 I'm  hoping that someone with more insider information will leave a comment, for  I was not able to  discovered who (men or women) actually created these  masterfully embroidered banners. 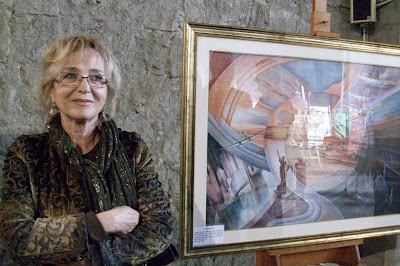 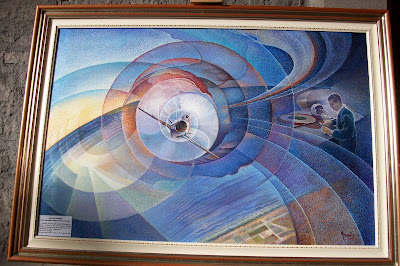 Some of her  huge canvases  are part of the permanent collection housed  at the Air Force  Museum in Vigna di Valle, others are in private collections. 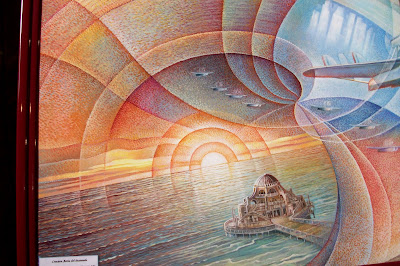 The  museum, located directly on the Lake of Bracciano, makes  a perfect stop if you have already seen  the castle of Bracciano.

Comments  and more information are welcome, especially  from members of the Italian Air Force.