In the past  few decades   many expats , including myself, have  abandoned the chaos and high prices of  Rome  to enjoy the quieter lifestyle  and larger spaces found  in small towns along the  original Roman roads such as the  Via  Cassia   and the Via Flaminia.

Built  to connect the empire, these roads, separated by  the Tiber river valley, and now also  by the Autostrada  del Sole, led north into Etruscan territory.

Artist  Patricia Glee Smith  found her Umbrian hideaway at  the 70th  kilometer of the Via Flaminia  in the ancient  hilltop  town of Otricoli, a  silent  medieval  village located  a stone’s throw from  the ruins of a rarely visited site of ancient Roman Otriculum.

Patricia  now prefers  her  quiet  Umbrian hill town  to the cacophony of  central Rome  where she was a longtime resident.


Her evocative paintings  can be  seen on her website. They include the misty hills and olive groves of her adopted  Umbria  and  still life paintings  of objects  from  her  vast collection. 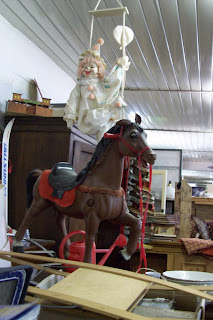 When  she needs a human model  it is often a  neighbor or local friend, like Isabella who posed as  Sybil, the fortune teller, for a recent portrait. 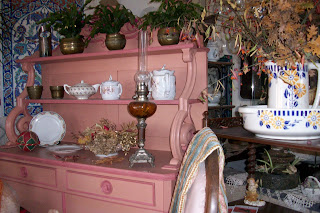 Syblil/Isabella  invited us in to browse  in  her Cose Vecchie shop on the outskirts of Otricoli . 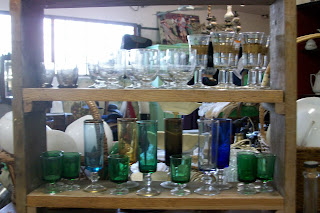 A jumble of  antique objects, furniture , vintage clothing , records, books and  decorative items, it is a picker’s  paradise with  prices  more than  reasonable. 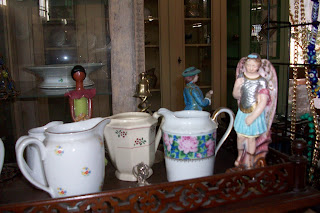 For centuries   Otricoli  was  very   poor,  a fact that helped save its original  character.


Where  there is  little wealth for renewing old buildings there  also are no  ugly additions or   aluminum shutters.


Even the original cobblestone lanes have been  restored  using  original techniques  and hand labor.

Home for the artist is a 12th  entury palazzetto  set on the ancient town walls  that she and husband Giangi have slowly brought back to life with a loving restoration.

Because many of  Pat’s canvases  are of  large  format, she has set up her  studio in the modern part of town  where she has  ample light and work space for the creative process.

Many thanks to  Patricia  Glee Smith for her photos of Otricoli.