Spring  has finally arrived here in central  Italy and it is time to tour some of  the delightful gardens that  can be found in  Lazio and  Tuscany.

Here is my personal selection  plus  links to  more information and previous blog posts about  some of those  in the area around Viterbo. 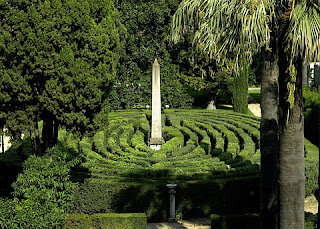 The magnificent  gardens of the Quirinale Palace in the heart of ancient Rome are part of  the Italian president’s  residence.   I wonder  if  President Giorgio Napolitano ( at  87 years of age, he was  elected  for a   second  seven-year term  yesterday !) ever gets a chance to enjoy a walk  here.  www.quirinale.it


Villa d’Este, built by Cardinal Ippolito Este, has  hundreds of fountains and shady avenues. A perfect day trip from Rome when combined with a visit to nearby Hadrian’s Villa,  the archetype of luxury residential architecture. The ruins of the  Hadrian’s Villa have inspired Palladio, Raphael, Michelangelo, Leonardo, Borromini, Piranesi and Canova.    www.villadestetivoli.info

Bracciano is set among the Sabatini and Tolfa hills and known for the  imposing  Orsini Odescalchi Castle, built by Napoleone Orsini in 1470. The  Sanminiatelli  family’s castle is surrounded by magnificent  Botanical gardens  of San Liberato, a popular  venue for weddings.   Nearby is  the tiny Lake of Martignano  surrounded by cypress and poplars .  www.sanliberato.it 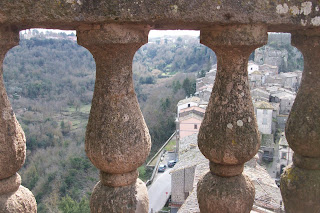 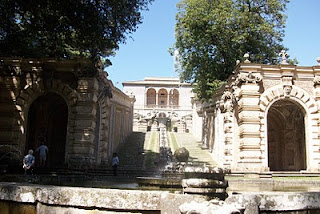 This  magnificent pentagonal palace can be considered the height of nepotism, for it was built for Cardinal Alessandro Farnese, grandson of Pope Paul III Farnese. The upper gardens have delightful avenues, giant stone sculptures and a pleasure house. 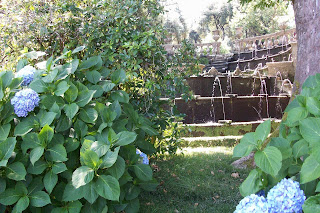 A great parterre with intricate boxwood embroidery frames the 4-part pool surrounded by balustrades decorated with Cardinal Gambara's crayfish symbol. Moss covered stairs lead to the top of the garden with views over bubbling fountains.  Nearby  is the  Cardinal’s "icebox", Conserva della Neve, where  snow was stored for making sorbets. 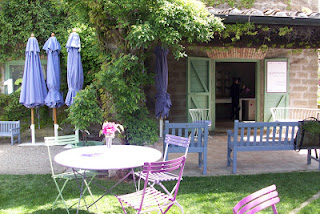 April and May  are the flowering months for the thousands of peony plants of Centro Botanico Moutan . www.centrobotanicomoutan.it 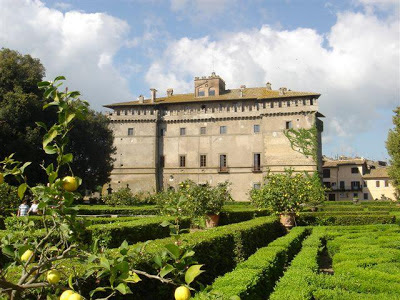 Beyond the moat of  Castello Ruspoli are  the  raised gardens laid out by Ottavia Orsini, daughter of the creator of Bomarzo’s Sacro Bosco.  The box hedges have intricate designs which  include  the initials of family members. The prince’s secret garden is hidden in a sunken area.  www.castelloruspoli.com 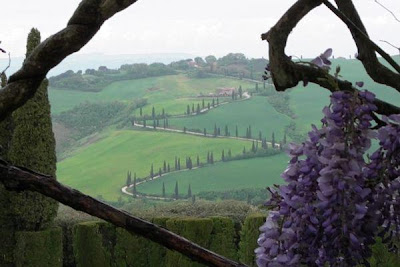 Iris Origo commissioned  garden  architect Cecil Pinsent,  to create the gardens of La Foce  between 1925 and 1939.  The garden  has geometrical  “rooms” made from box hedges and potted lemon trees, enhanced with wisteria pergolas and lavender hedges.  Part of the large estate, the garden also has a family cemetery.

For  more information  on  historic and modern gardens,  nature reserves, castles to visit, unusual museums and other treasures  see my website  and order one of the many  books  published  in English (and soon in Italian) about central Italy.