We all know the citrus fruits oranges, lemons, clementine and  mandarini.
But how many of us have  ever heard of  Portogalli?

This is just one of the names for bitter oranges (arance amare) which some call melangoli or merangoli.

Italy has been   home to special citrus fruits since the 12th century when bitter oranges  were  planted  in gardens of monasteries  such as Rome’s  Santa Sabina  and San Filippo Neri. 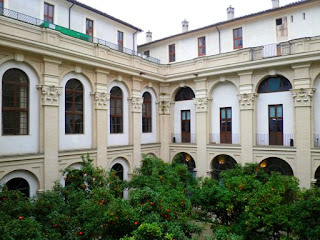 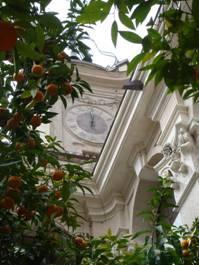 These centuries-old trees are still giving fruit while newer trees  are flourishing  in  the Villa Borghese and Villa Doria Pamphili gardens.

Bitter oranges, arance amare, are also known as  melangoli or Portogalli, since it was the Portuguese sailors  who introduced them to Italy from the Orient.

Highly prized  for  their medicinal qualities,  portogalli  or arance amare  were  a permanent feature of monastery and convent gardens where they were employed  for their curative  powers.

The  bitter tasting Portogalli on this tree beneath my terrace  will be turned into  marmalade or, for a vitamin packed winter dish,  roasted before  the fire, then spooned out on to bruschetta and  doused  with extra virgin olive oil. 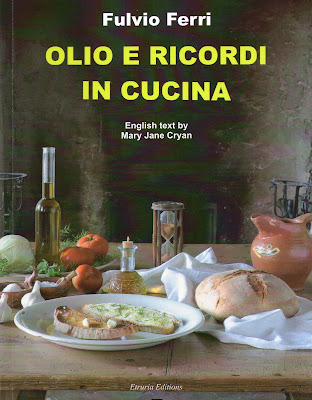 In Vetralla  this recipe is known as arance al cappone and is featured in Fulvio Ferri's  book of local recipes "Olio e Ricordi in Cucina". Order now for Christmas.

Fulvio's grandmother, Agnesina, used the arance amare from the south facing gardens of Palazzo Pieri Piatti  for an inexpensive and healthy winter  food for her brood of grandchildren.

If you missed  the TV interview with Fulvio describing his grandmother Agnesina's  recipes, check it out here.

Another  writer  who recalls with affection  the harvesting of bitter oranges  and subsequent  marmelade making  is Patrizia Chen, originally from Livorno and now based in New York.

Here is the cover  of her  autobiographical "Rosemary and Bitter Oranges" 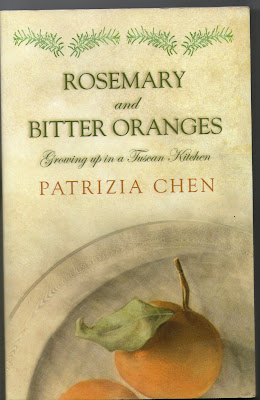 This exotic fruit was a well known feature in Renaissance gardens and depicted in several famous paintings including Botticelli's  Primavera  which is set  in a garden  of bitter orange trees. 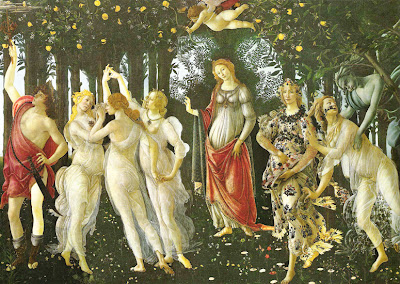 The mysterious  Double Portrait  by Giorgione  also features  an arancia amara  to symbolize  the  sweet and bitter  sides of love.


Happy Holidays  to all our readers. Sign up (its simple, just leave your email here below), so you dont miss the next  stories from 50yearsinItaly!