The Jewels of Rome with Kevin Murray 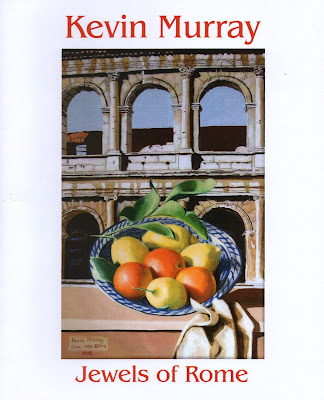 Born  in New South Wales, Australia, Kevin Murray has lived  in Rome  for  over  40 years and  considers  the Eternal City his home.


Many decades ago  he earned a diploma at the Accademia delle  Belle Arti where he studied  painting (with Gentilini) and etching (with Maccari) as well as   mosaic technique in Ravenna’s Centro Internazionale del Mosaico.

Kevin and I were colleagues  in the 1970s-80s  when he taught  art and history to international students  and survival English to Russian émigrés in Rome. 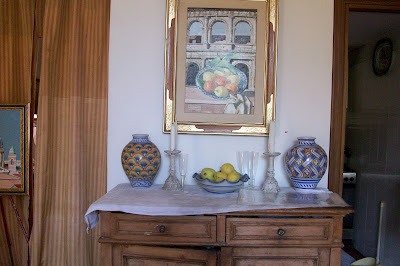 He  balanced  his teaching  with his art so well that  former students  often described him  as a Renaissance man for he is comfortable wearing many hats.

Besides directing excavations in Herculaneum, he held numerous one man shows in Sydney and Adelaide  (1971-1988)  as well as in  prestigious galleries of Rome and Florence like the Valle Giulia gallery, The Crypt  and Bottega di Cimabue.

Now comfortably settled in a period  palazzetto  between the temple of Minerva  and the multi cultural neighborhood of Pza. Vittorio, Kevin has carved out a  home and studio  that reflects  his eclectic lifestyle made up of  painting, music  and  cinema.


You may have seen Kevin playing a cardinal in the recent  Nanni Moretti  film “Habemus Papem” . 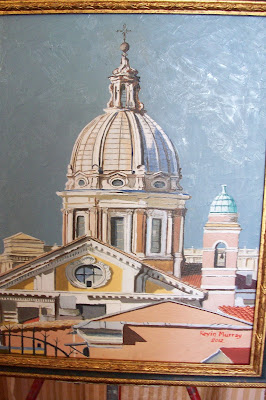 What  are the jewels of Rome according to  Kevin Murray?


They include the  cupolas of many Roman churches and food enjoyed  during  visit to the  Roman campagna, just as  his predecessors of the Grand Tour .

An invitation to fellow expats and former students  to stop by and see  the Jewels of Rome.    RSVP to  dellascala4@gmail.com
Other paintings   www.artbreak.com/kevin2009
Posted by mary jane cryan at Sunday, June 24, 2012