Artist  Martha Wakeman, who now resides in Connecticut,  has been coming to Florence and the hills of Settignano  and Fiesole  for decades. 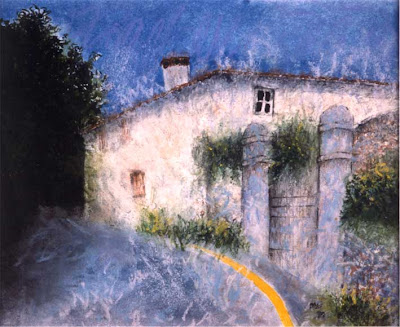 Her dreamy pastels  give present day travelers   a personal view of Florence and its suburbs . 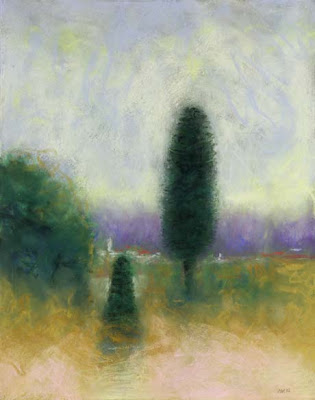 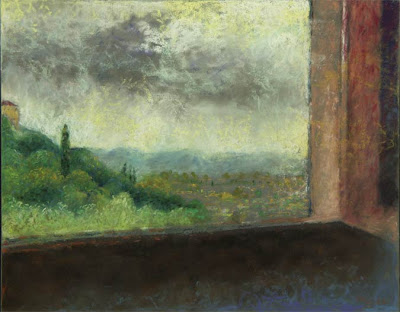 She  shares her fascination for  the Florentine light, shadows and  atmosphere  with student-artists  during  annual art retreats, this year to be held  in October at a  lovely  family-run pensione in Fiesole. 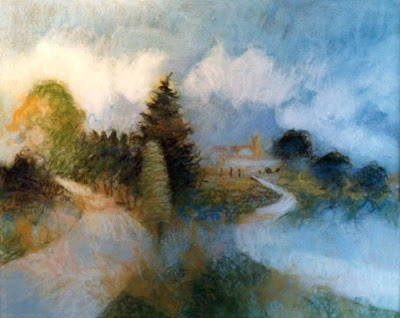 Throughout history innumerable artists,  creative people  and  travelers  have immersed themselves in the magic of  Florence and received   inspiration from the city and its artistic wonders.


While rambling through the Pitti Palace  or relaxing  under the trees in the Boboli Gardens, you can still feel the presence of these past visitors.

Following  in the footsteps of  historic travelers and writers adds a deeper appreciation to a stay in Florence.


Reading  about their  itineraries reveals  how much-and how- the city has changed.

The Medici  palaces and  zoological collections  in the Specola museum were "must-sees" for 17-18th century travelers, but are now  ignored by  most modern tourists.

For an unusual view of what it was like to visit Florence during the 1700s  see  “Travels to Tuscany and Northern Lazio”,  based on the diaries of  an exiled claimant  to the English throne.

The exiled royal Stuart family lived in Florence,  renting one of the Corsini family palaces, during the early 1700s.  The Corsini family still conserve a beautiful  double portrait of the Stuart princes they received at this time.

Later, at the height of his influence as a Prince of the Church, Cardinal Henry, made trips to Tuscany and northern Lazio in 1763, 1764 and 1776.   Each of these voyages was meticulously documented by his secretary Don Giovanni Landò.

The Cardinal’s travels were also sight-seeing expeditions and his secretary’s detailed descriptions are a mine of information on the treasures of the many villas, churches and cities visited.


The gifts presented and received  were incredible: from gastronomic delicacies to  silver candlesticks and rock crystal altar ornaments.  Also much appreciated was Spanish tobacco, snuff  and foreign wines.


The Cardinal's diary gives a fascinating  picture of a royal progress that makes one want to  jump on the next train to Florence and follow in his footsteps with his diary as a guide.

He   visited the  private Medici zoo where exotic animals -elephants and other African species- were kept.

Musical events and local festivities such as   the cuccagna  and  the tossing of cooked meats  to the crowds in the piazza are described  in detail.

Modern readers may be appalled to read of cruel  "fights between the wild beasts” staged for religious festivities and to entertain  the Cardinal and his entourage.


Today the rooms used for this zoo can still be seen as well as the  skeletons of ostriches,  badgers, porcupines, monkeys and other animals that once roamed the Boboli Gardens.


Researchers will find copies of "Travels to Tuscany and Northern Lazio " at the  American Academy and British School at Rome libraries,  Paul Mellon Centre and British Library in London and dozens of academic  libraries in N. America and Europe.
Limited copies still available  directly  from the author.